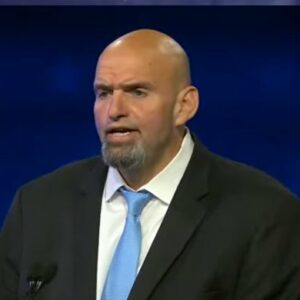 GIORDANO: Debates Matter — And They Should

Are you amazed that a key state like Pennsylvania–in an election cycle that might change the history of our country– will end up having only one debate for the two highest offices being contested? If you’re like me, you might also be tired of pundits droning on TV that voters don’t make decisions based on what occurs in debates.

Is there any doubt that the Oz-Fetterman debate shook up the race?

More importantly, it underlined the seriousness of the issues that Fetterman still faces. The Insider Advantage poll taken the day after the debate had Oz leading Fetterman by 47.5 percent to Fetterman’s 44.8 percent. A subsequent poll released by Wicks Insights had Oz at 47.6 percent and Fetterman at 45.9 percent. It also was telling that among undecided voters, Oz led Fetterman 64.4 percent to 35.6 percent.

On my radio show, Dr. Oz told me he regrets the debate moderators did not spend enough time talking about crime. By my count, the actual time spent on crime was a little over two minutes. It was fine to spend ample time on abortion positions because there was a lot of contention over the positions of the two candidates. Oz made it clear once again he supports exceptions to abortion bans in the case of rape, incest, or the life of the mother. It is unclear to me, but I sense that Fetterman is for abortion rights in any situation and time frame.

As I said, the moderators made a big mistake by not allowing the candidates to debate their visions on personal safety. Crime is the issue that distinguishes these two candidates and the issue that filtered back into the race. It is the issue across the country that people care about the most after their deep concerns over inflation. A central part of this debate should have been Fetterman’s defense of his work as chairman of the state Pardons Board and his views on sentencing convicts to life in prison.

This was even more important because Fetterman supports the policies of radical Philadelphia District Attorney Larry Krasner. Of course, Republicans in the Pennsylvania House of Representatives announced last week they will formally try to impeach Krasner on various grounds in the near future by adding some days to their legislative session.

There is quite a backstory to this development. Republican leaders were afraid to go forward with impeaching Krasner because it would be done in retaliation to their guys in various offices. However, their members in the House revolted and forced them to move on to impeachment. As I have said many times before, Larry Krasner will be impeached. If Oz beats Fetterman, it will be more about the Democrats’ radical positions, particularly on crime, rather than his difficulties brought about by his stroke.

Regarding these after-effects and what they mean regarding Fetterman’s ability to serve as a senator, he could resolve some of the debate by releasing his complete medical records from his cardiologist and neurologist. They would give insight to voters about his cognitive ability and possible future issues.

There is a good chance that this Senate seat will determine which party holds the majority in the Senate. I believe Republicans will overwhelmingly take back the House of Representatives. If Dr. Oz beats Fetterman, President Joe Biden’s unprecedented spending will be stopped, and we will slowly roll back inflation.

If that happens, we’ll think back to the one debate between major candidates held in Pennsylvania this year and remember debates often do matter.