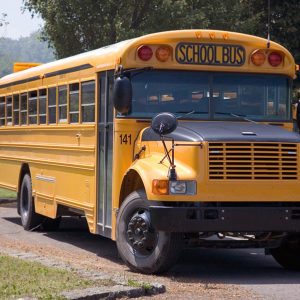 I’m thrilled that Critical Race Theory and all its spinoffs is being exposed and school boards across our area and the country are being deluged with angry parents demanding answers. One answer they give is that they say that Critical Race Theory is not being taught in their school district and they also usually pronounce from their perch that kids must be taught true American history.

The Wall Street Journal countered this nonsense recently when they editorialized, “But no one is opposed to teaching about America’s difficult racial history, including the evils of slavery and Jim Crow. What parents are awakening to is that their children are being told the lie that America has made little or no racial progress and therefore its legal, economic, and political systems must be turned upside down.”

I want to tell you how this nonsense took root in many school districts and an interview with a new big player in Pennsylvania that I just interviewed who is going to level the playing field in Pennsylvania and defeat many school board members and allow parents to stop the divisive indoctrination of their kids.

I believe this attack on America happened through a number of progressive activists who have taken over national and local teachers’ unions. Through the dues and boots on the ground of teachers, they stacked school boards with members who voted to increase salaries and benefits for teachers. They then bought into the chic parade of attacks on America particularly in regard to issues involving race.

The alliance of teachers’ unions and board members really came under scrutiny when many school districts remained closed to in-person instruction during the Pandemic. This situation led to people like Clarice Schillinger starting Keeping Kids in School PAC and this group gathered thousands of moms and dads fighting for their kids against often aggressively hostile school boards.

The big news is that these area parents have now been joined by Central Bucks School District parent Paul Martino who is a venture capitalist and managing general partner at Bullpen Capital. On my radio show last week, Martino told me that he is committing to write up to fifty $10,000 checks to concerned parents, activists, and organizers across the state that want to start their own political action committees and influence their school board races. He told me that already three people had applied and that applicants should go to BacktoSchoolPa.com to register.

Clarice Schillinger will serve as executive director of this group and will select and train applicants. She is the woman who organized a bipartisan coalition of ninety-four candidates in school board races across our area and won ninety-two of them in the May primaries.

Martino told me that his group of himself, Schillinger and former Congressman Ryan Costello had made such an impact that opponents are trying to link them to Q Anon. Costello was a classic Republican suburban moderate during his tenure and in opposition to President Trump but that doesn’t stop the desperate attack machine of progressives.

I see the resources that Martino is committing in Pennsylvania as a game changer. I hope you’ll consider contacting his group and organizing in your school district to fight for your kids and defend a defamed America.  Passing laws at the state level that ban the teaching of Critical Race Theory are not enough. Activist teachers and school boards will declare they are not teaching CRT but only fostering inclusion, equity and diversity.

I hope to write a column in early November that says in Pennsylvania citizens turned out and defeated those who believe America has not made tremendous racial progress.