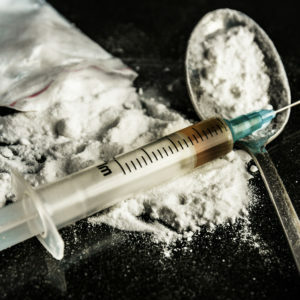 GIORDANO: Backing McSwain for Governor for Law and Order

News that the so-called Safehouse activists in Philadelphia who want to set up a facility where people could use dangerous drugs under medical supervision are taking their case to the Supreme Court triggered two things in me. First, it shows how determined this radical group is. However, their drive to do this will force the Biden administration to take a position on this issue and it has been reluctant to do so. Also, if the group loses at this level, it will set back this radical and inhumane concept hopefully for many years in other places across the country.

As soon as I heard it, it caused me to say to my radio listeners these people are one reason why we need former United States Attorney Bill McSwain to run for and become the next governor of Pennsylvania. McSwain is the person who took on the Safehouse crowd in court and beat them in January when the U.S. Court of Appeals for the Third Circuit cited the “crack house statue” of Congress in barring this operation from coming into South Philly to supervise people using illegal drugs in a space at 13th and McKean.

McSwain, who is exploring a run for governor, has talked extensively about his travels across the state and how much people tell him they are concerned about crime. Of course, McSwain is the man who dueled with Philadelphia District Attorney Larry Krasner over Krasner’s abysmal record on crime. He is the dogged prosecutor who explored Esty to track down a female that allegedly set fire to police vehicles during the George Floyd violence last summer in Philadelphia.

On this issue, McSwain is the man. He projects a calm, intelligent and unrelenting and reassuring presence that I think works in the Philadelphia suburbs. People like Krasner and the Safehouse radicals are perfect foils for him in most parts of Pennsylvania.

In addition to the crime issue, McSwain has talked a lot about his opposition to Critical Race Theory being taught in schools. All Republican candidates will attack this divisive theory, but McSwain will methodically prosecute it and if the current Pennsylvania attorney general is the Democratic candidate, it will be a major area of contention. Every poll I’ve seen and every instinct I have tells me this is a big loser for Democrats, particularly in the suburbs.

The other issues I discussed with McSwain involve his opposition to vaccine passports and mandatory masking of kids in schools. The Philadelphia Inquirer is going all out to tell candidates for governor that Pennsylvanians want both restrictive measures. They seem to ignore only a small percentage of Pennsylvania school districts had mandated masking for kids before Gov. Tom Wolf’s sudden about-face order. They seem to ignore gigantic Bucks County school districts like Central Bucks, Bensalem, Council Rock, and others had made masking in schools optional.

So, if you’re worried about crime, government intrusion similar to the lockdowns we experienced in the Wolf years, McSwain is someone that you have to hope runs for governor. If you want someone in Harrisburg that will push back against the disastrous toxic progressive politics of Philadelphia, then McSwain is out of Central Casting. If you believe in the death penalty as a deterrent to criminals, he’ll restore it.