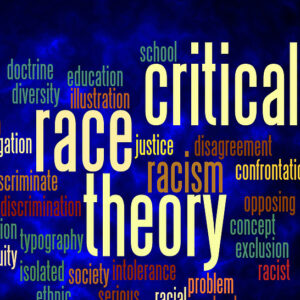 August will not be a slow month for school boards and school board public meetings across Bucks and Mongomery Counties. Due to the delta variant, we will see intense debate about the masking of kids and teachers when school resumes in a few weeks. We’ve already seen Democrat New Britain Township Supervisor Cynthia Jones issued a citation by the Doylestown Township police for allegedly hitting a woman in the head with a pro-masking sign during what many media sources called a heated news conference before a recent Central Bucks School Board meeting.

The masking debate will be heated, but it will not drown out the debates over Critical Race Theory (CRT). I recently interviewed Philadelphia public school teacher Chris Paslay on his new book “A Parent’s Guide to Critical Race Theory.” Despite the title, he agrees that parents should not fall into the trap of accusing school districts of teaching CRT in the purest sense that it might be in certain graduate-level academic circles, but as a toxic movement that has taken certain elements of CRT ideology and introduced them into the curriculum of schools even with elementary school children.

Paslay agreed with me that if you accuse a school district of teaching CRT, they will deny it and, in some cases, shut down any further debate.

Paslay and I think a better course of action is asking some pointed questions of school board members and reference the elements of the curriculum and materials used that are an indication that kids in a district are being taught some of the practical applications of CRT. Paslay calls these questions a “CRT Litmus Test”.

I’ll get to some of the questions, but he also provides some of the main tenets of CRT. First, it rejects Martin Luther King’s “content of character” approach and says everything must be seen through the lens of skin color.

Second, CRT rejects the notion of universal values and shared American values because they view White supremacy as the dominating force in our society. Paslay notes that proponents formally reject integration.

Thirdly, I really like his point that CRT denies the existence of objective truth and believes that talking about objectivity, neutrality, and balance on issues are “White” values.

With those points as a sketch of CRT, try some of the following questions on school board members.  Should we be teaching children that all White people are inherently racist? This is a key point made by Robin DiAngelo. whose trainings are used on many teachers.

Another good question is should we be teaching children that all racial disparities are the sole result of racism? Ibram X. Kendi, who is the leading figure in CRT and whose work is the most used by school districts preaches this idea.

Of course, the approach that Paslay and I recommend takes research into the curriculum and materials that school districts are not only using with children but also, I believe too often try to use to indoctrinate teachers.

In this book, Paslay anticipates the difficulty of the battle parents face and offers them a pep talk pointing out that they are on the right side of history and that the pushback against CRT-like approaches is directly in line with Dr. Martin Luther King’s “Dream.”

I second this, but I also point out school board elections are just two months away. School board members who defend these CRT lite approaches should be voted out of office.