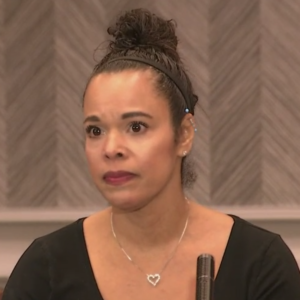 Fox News came to Philadelphia Wednesday to report from the front lines of the fight over reopening schools for classroom instruction. Parents and students from Bucks, Delaware, and Montgomery Counties were featured on Fox and Friends, the top-rated morning cable news show, expressing their frustration over remote learning and closed classrooms.

“I was just so glad we had the chance to tell our stories,” Montgomery County mom Clarice Schillinger told Delaware Valley Journal after her appearance. “Anytime a national news outlet focuses on your story, it’s a blessing.” Schillinger is one of the founders of the Keeping Kids in School PAC, encouraging upset residents to run for office to effect education reform.

Lisa Engleman, another Montgomery County resident, told Fox News host Ainsley Earhardt that while her school is closed for classroom instruction and all sports have been canceled, it’s being used as a COVID mass vaccination site. “They opened it for mass vaccinations, but not for our kids.”

“So let me get this straight,” Earhardt replied. “They can’t get the schools clean enough for the kids to go back, and yet they’re opening up the schools to people who are older, who don’t have anything to do with the school to go in and get their vaccinations?”

Engleman added that she believed diverse communities are suffering more due to the lockdowns.

“Norristown is a diverse community. And because we are so diverse, I honestly feel like the district is taking advantage of a disadvantage,” Engelman said. “They need to do everything they can to support these children, to get them back in school, and to get them to the next level. But these children just feel pushed to the side.”

It’s a sentiment echoed by Beth Ann Rosica of Chester County, who told DVJournal her top priority when she sat down for her first national TV appearance was to talk about the disproportionate impact the lockdown is having on low-income families and children of color. “That’s absolutely what I’m most concerned about.”

Rosica also told a story that she believes highlights how much more power teachers unions have than parents within the political system.

The Chester County Health Department has imposed a six-feet-between-students rule, as opposed to the more common three-feet rule being used in schools that have successfully reopened.

“In Chester County, we put together a letter to our county officials asking them to reconsider the six feet versus the three feet policy. I sent that letter at 7:30 in the morning. Before the day was out, the head of the state teachers union had already sent a letter back to our county commissioners, imploring them not to change the guidance,” Rosica said. 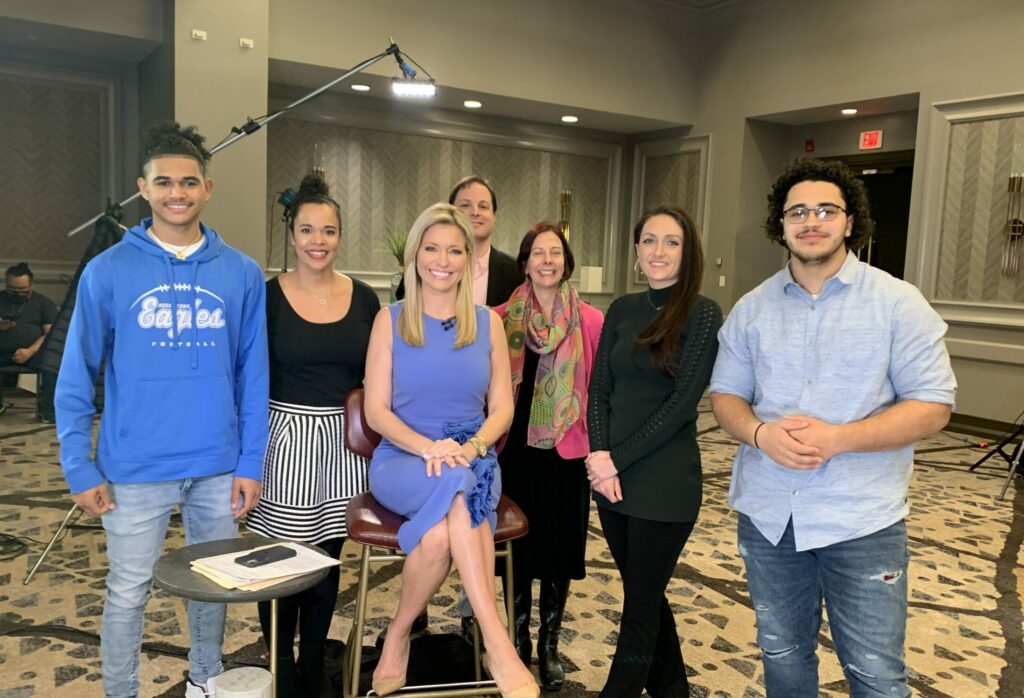 Fox News host Ainsley Earhardt joins parents and students from the Delaware Valley for a Fox and Friends appearance in Philadelphia on February 17, 2021

“So, I don’t know what their agenda is. I’d like to know. I’ve left a voicemail message for the head of the Pennsylvania teachers union, but he’s failed to return my call.”

Meanwhile, noted Bucks County resident Paul Martino, Central Bucks School District grades K-6 have been back “for four months now without any spread.” While his son’s teacher caught COVID outside the classroom, Martino explained how proper measures were put in place to prevent an outbreak. He believes his district can be a model for others across the region.

Last week, DVJ reported about how local teachers unions were going about the reopening process, something that has been a source for contention across the nation, and helped spark the Fox & Friends segment.

Rosica said she’s had discussions with many teachers in the area who are very supportive of returning to in-person instruction, including full five-day-a-week class. Others on the panel said they’ve heard the same thing.

Schillinger said teachers are reaching out to her PAC “by the hundreds,” encouraging them to keep pushing to open schools. She says the difficulties of hybrid teaching are driving that support. “It’s crazy what some of the teachers are going through.”

Again and again, the parents on the Fox News panel pointed out that they feel they’re in this fight alone. “Our local officials need to understand the public supports them to address this issue… this is not partisan,” said Martino.

“Yes, we have unions strong-arming districts to stay closed,” Schillinger conceded. “But we also have 65 counties in Pennsylvania. And every single elected official has been publicly silent: The governor,  state reps, senators, school board, all publicly silent.”

But, she insisted, parents who want their children back in class won’t be. “We’re not going anywhere.”