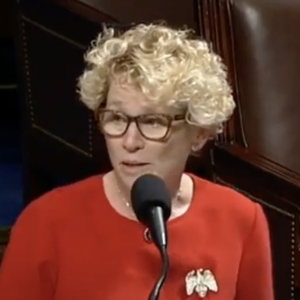 The Republican National Committee (RNC) is targeting Houlahan in a midterm election where the party in charge of the White House typically loses congressional seats. And as President Joe Biden’s poll numbers plunge  — he hit a new record low in the NBC News poll released on Sunday — he could pull down Democrats in other races.

“Chrissy Houlahan has consistently traded in the best interests of Pennsylvanians in order to walk lockstep with Nancy Pelosi and Joe Biden, causing soaring inflation and skyrocketing gas prices. As Keystone State families and workers continue to pay the price for Democrats’ costly agenda, Houlahan will pay with her seat this November,” said Rachel Lee, RNC spokesperson.

In response, Houlahan has been hard at work burnishing her bipartisan credentials. She recently appeared on Fox News, alongside the area’s only Republican Congressman, Brian Fitzpatrick of Bucks County, to promote action on behalf of Ukraine.

Houlahan declined to respond to requests for comment, but on her website she says she “swore an oath to defend the Constitution, not a political party. My purple, pragmatic community in Chester and Berks counties is not as worried about whether there is an ‘R’ or a ‘D’ at the end of my name – they want to see me working across the aisle to deliver on the issues that are top of mind for them: inflation, health care, immigration, education, and more.”

Voters are concerned about pocketbook issues like high inflation—up 8.3 percent in April– and record-high gasoline prices.

Registered Democrats narrowly outnumber Republicans in Chester County 155,948 to 151,064, so the race could be close.

DVJournal asked all four candidates for their final pitch to GOP primary voters. 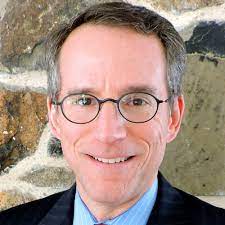 Former president and CEO of the Chester County Chamber of Commerce, Ciarrocchi emphasized his record.

“The issues are what we talk about at our kitchen table—soaring gas prices, inflation eating up our savings, violence in our cities and an open border–all this while the Democrats increase government’s power, quash our liberty, and make things worse,” said Ciarrocchi. “I didn’t plan to run for office; but, I’ve been preparing my whole life. A chamber president who lead the fight for small businesses and students against the mandates and lock-downs; working as a prosecutor standing with our police to fight violent crime; and, as an outspoken champion for school choice.

“The other candidates offer rhetoric and promises. I offer a record of leading and making a difference,” he added.

“I am uniquely qualified to defeat Congresswoman Houlahan—and, to be an effective member of Congress on day one, as I served as chief of staff to Congressman Jim Gerlach. I am hopeful that my neighbors will vote for me, so that I may use my lifetime of experience to fight for common-sense, conservative policies to stop the suffering and restore the promise of America,” said Ciarrocchi. 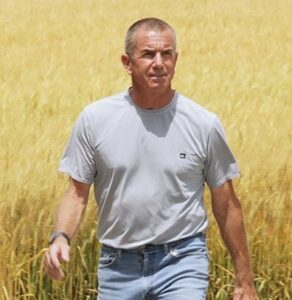 “Steve Fanelli is the only fearless, common sense, conservative candidate who does not have the negatives and limitations of the other candidates that Chrissy Houlahan will quickly expose and easily use to her advantage to keep the 6th District seat blue.

“Steve has been involved in our community for decades, as a mentor, volunteer, and businessman. Steve gives us the only chance to beat Chrissy Houlahan in November.

“Chrissy Houlahan will quickly expose all of Guy Ciarrocchi’s flaws that would keep him from winning in November.  Incredibly, Guy announced his campaign to run for governor of Pennsylvania in 2021. After gaining little, if no, traction in the governor’s race, he abruptly quit the governor race and immediately entered the race for the 6th District on February 25, 2022, one week before the Chester County Republican Convention. This is the same Guy Ciarrocchi who was the CEO of the Chester County Chamber of Commerce when it endorsed Houlahan for Congress over her Republican opponent. While Guy has been dabbling in Chester County politics and being photographed with Houlahan, Chester County has turned blue.

“Ron Vogel appears to be responsible for some very inappropriate social media posts. When the posts were brought to light by the Daily Local News, it got very ugly, very fast. The Chester County GOP censured him. It is posted on the RCCC Facebook page. He can’t beat Houlahan with that past.

“Regina Mauro lost the controller race in Chester County to a Democrat in the last election cycle and, based on FEC filings, has the lowest amount of fundraising capability of all the GOP candidates.  She can’t compete with Steve or Houlahan.

“If we expect to turn the 6th District red in November, vote Steve Fanelli. He is the only candidate who can beat Chrissy Houlahan and make the 6th District a great, safe place to live and work,” the statement concluded.

Businesswoman Regina Maura calls herself a “strict constitutional conservative with a backbone.” 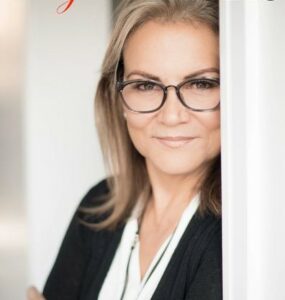 “Pennsylvania candidates who succeed in November will determine the future of our state and our respective congressional districts. It is imperative for Republicans seeking to stop and prevent Biden and Wolf’s failed and ill-conceived policies to vote for the most competitive general election candidate on Tuesday’s primary,” Mauro said in her statement.

“As a Republican running for our 6th Congressional District seat, I don’t only possess the academic background, professional experience, and years’ worth of conservative activism to be a most effective representative, but I am the only candidate Democrats do not want Mrs. Houlahan to face in November. As a woman, a mom, an accomplished Hispanic professional, daughter of immigrants, my very existence as a proud and outspoken conservative is an inconvenient truth they do not want known. I am ready to face her, erode her support, flip the seat and go on to provoke the change our communities so desperately need,” Mauro said. 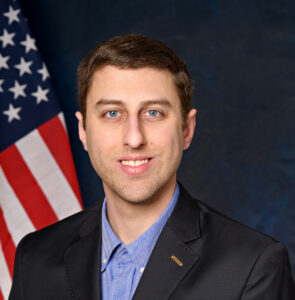 “Romney Republicans are rigging the primary,” Vogel said. “A couple of party bosses in Chester County have attempted to overthrow the will of the majority of the committee by removing ‘recommended’ from my name on the sample ballot. This action violates the bylaws of the party. Despite their efforts, our base and volunteers are more energized than ever, working hard seven days per week, and are ready to win this election on May 17.

“I am running because I love America. I am tired of seeing politicians make decisions that protect their career rather than the American people,” said Vogel. “I am the best candidate to beat Chrissy Houlahan because the voters want a real alternative to the status quo. I’m the one candidate who disrupts the status quo and won’t become a swamp creature. My vote will never be bought, I will always do what is right and I will always put America first,” Vogel said.

Charlotte Valyo, chair of the Chester County Democrats, said they are “confident the congresswoman will be re-elected no matter who wins the Republican primary. Being an incumbent is always an advantage, but Congresswoman Houlahan’s record of service to the 6th District and bipartisanship speak for themselves.”