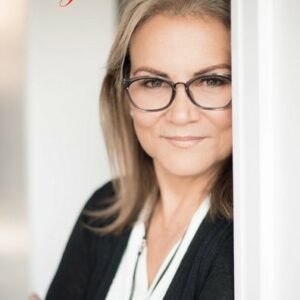 Republican Regina Mauro is running in the May 17 primary against three men. But she says she believes she is the best person running and will go on to knock off Democratic incumbent Congresswoman Chrissy Houlahan in November. Houlahan (D-Chester/Berks) has been named one of the most vulnerable Democrats in the country and is being targeted by the Republican National Committee.

Mauro prides herself on being politically aware. That motivated her, in part, to seek the Republican nomination in the 6th Congressional District.

“I’ve always been very, very engaged and informed for years,” she said. “That’s how I was brought up.”

A lifelong Republican, Mauro sees a need to boost the number of conservative women in Congress. Her three opponents in the GOP primary race are men.

“I was concerned because I didn’t see any women candidates,” she said. “(The Republicans) definitely have an abundance of very qualified women.  So, seeing that and recognizing it was very important that we do have one in the race, I did my due diligence and I decided that I was ready for it.

“I knew that I was equipped to be able to step in and not just be able to compete against the incumbent, but that I would be a very effective member of Congress.”

The daughter of Cuban immigrants, Mauro is passionate about education issues.

“Education is huge for me,” she said. “I grew up in a household where education was king. It was paramount. I’m really concerned that there is an inequality of quality in instruction in the 6th District.”

Mauro says adequate funding for education is an issue in some school districts but “that is not a universal problem.” She compared the academic performance of two school districts — which she did not name — located within the 6th District within approximately 20 miles of each other.

“When I looked at these two school districts, one spent slightly more on instruction and services than the other,” she said. “However, the one that’s spent slightly more performed at the bottom 20 percent academically in reading writing, and mathematics. The other performed in the upper 20 percent. So, that tells you there is a deficiency there.”

Mauro says she believes children should be able to attend the school that best meets their needs and bring their parents’ tax dollars with them.

“I do believe that tax dollars should follow the child,” she said, “and not be attached to the school they’re zoned for. That’s only step one; giving the parent the option of taking that money and transferring it to another school of their choice.

“In the meantime, we cannot abandon our local schools. At the end of the day, these local schools are part of the community. They’re a lot more accessible to the family and if given a choice, I think most parents, if the school was up to the standard they need for their child, would leave the kid there. So, while they have the option, we have to make sure that we bring those schools up to standard so those families can actually go back to that school.”

At a time when American politics is deeply divided, Mauro cites the need to get people of divergent political views to simply talk to each other.

“The first thing we have to do is lower the temperature,” she said. “We have to find things we have in common. We have more in common than not. But we have become so tribal. Everybody is so in their tribe, in their corner that we’re not talking to each other.

Asked about her reaction to January 6 both before and after the events that occurred at the U.S. Capitol, she said,  “It was horrible that some lunatics, some were excited. Some were just following, whatever the participation. They absolutely felt it was okay to go (into the Capitol). Not all of them did obviously, you’ve seen plenty of videos where people are walking in like a tourist in line.

“But there are those who actually broke in. And that’s insanity to me,” she said. “What I regretted was the media portrayed everybody who attended that rally as being insurrectionists.”

Mauro was asked if she believed the result of the 2020 presidential election was legitimate.