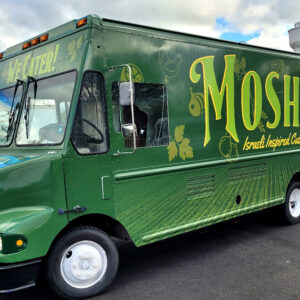 I have been working with immigrants for the past 25 years. There is not a continent, with the possible exception of Antarctica, which I haven’t encountered in my legal practice. As a child, I used to pore over maps in the Encyclopedia Britannica, fascinated with the ability to transcend physical boundaries with a flip of a page. I spent my college years majoring in French, learning Italian and Spanish, and spending summers and semesters abroad. My love of different cultures is not simply a part of me, it defines me, as it should define all of us who believe that we are interconnected at a visceral level.

Much of my legal practice is centered on asylum and refugee work. For that reason, in addition to my appreciation of other cultures, I am keenly aware of the level and nature of persecution that exists in the world. Fortunately, in this country, those persecuted groups are not only protected from the harm they would have suffered in their native countries, but they also manage to get along quite well with each other.

Except, apparently, not in the City of Philadelphia, during Immigrant Appreciation Month.

This past weekend, an event called “Taste Of Home” sponsored by Sunflower Philly and Eat Up the Borders was canceled. It wasn’t because of lack of interest, the weather, or a paucity of burritos and chicken masala.

No, the reason the event was canceled was because of the backlash to a decision by the organizers to disinvite an Israeli food truck to the event. According to a post on its social media page, Moshava Food Truck was told they were not welcome to the event because of rumored protests in the Kensington community where it was slated to take place:

“We have some unfortunate news to share with all of you. We won’t be attending the ‘Taste of Home’ event this Sunday, on Father’s Day. We are deeply saddened by this. The organizers of the event heard rumors of a protest happening because of us being there and decided to uninvite us for fear that the protesters would get aggressive and threaten their event. We were really hoping that the organizers @eatuptheborders and @sunflowerphilly would step up to the plate and defend local, small, and immigrant based businesses, no matter where they are from (as per their so-called ‘mission statement’) but by the looks of it fear, violence, and intimidation got the best of them.”

The immediate response of Eat Up the Borders and Sunflower Philly was to delete their social media accounts. Not exactly a profile in courage, but you can imagine that when someone displays anti-Semitism, they’d want to bury their heads in the virtual sand before you can say “Shalom.”

The organizers then canceled the event after supporters of Moshava brought attention to what can only be described as cowardice, laced with a not-so-subtle measure of bigotry.

In attempting to defend their decision, the organizers told NBC 10 there had been an agreement that if the Israeli truck would attend, a Palestinian truck must also attend and that since the Palestinian truck said it wouldn’t be there, they decided to disinvite Moshava to, one supposes, keep the peace.

We don’t know why the Palestinian truck backed out. It could possibly have been that they didn’t want to be in the vicinity of their Israeli colleagues after the recent uprisings in the West Bank. Who really knows at this point, and who really cares?

What matters is that Philadelphians who say they are committed to community, diversity, and understanding decided to punish an Israeli small business at a time when so many small businesses are suffering, to placate some overly-sensitive social justice warriors. It is an outrageous display of cowardice, bigotry, and proof that the motto of the day has become “justice for thee, unless you’re Jewish.” In a city that touts its devotion to inclusion, and which was founded on the principles of religious freedom and conscience, that is particularly repellent.

It’s not surprising, though.  The message has come down from Jim Kenney’s administration that some cultures and traditions are to be respected and others ignored. As Italians have seen with the ongoing crusade against Columbus, not all ethnicities and rich histories are equally respected in the City of Optional Love.

It is sad, and troubling, that an event devoted to unifying diverse communities was destroyed by a misguided concern with toxic priorities, namely, not offending bigots.

Let’s hope they learn their lesson next year, assuming there are still people willing to swallow what the organizers are serving up.