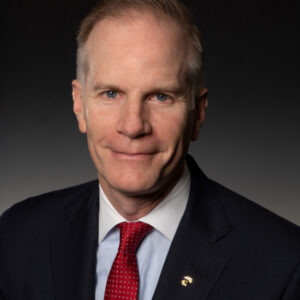 FLOWERS: Should Voters Care About Trump’s Dump on McSwain?

Tuesday was a great day for Pennsylvania gubernatorial candidates not named Bill McSwain.

Voters and casual observers were treated to what must be the very first documented “non-endorsement” in the history of Pennsylvania politics. The Once and Future (as far as he’s concerned) President, Donald J. Trump, delivered a blistering attack on the character of one of the leading GOP candidates for governor. Deprived of a voice on Twitter, Facebook, and other social media sites, Trump still found a way to make his opinion known by posting the following on his “Save America” website:

“One person in Pennsylvania who I will not be endorsing is Bill McSwain for Governor. He was the U.S. Attorney who did absolutely nothing on the massive Election Fraud that took place in Philadelphia and throughout the Commonwealth. He said Barr told him not to do anything (because Barr was afraid of being impeached by the Democrats) but he should have done his job anyway. Without free and fair Elections, we don’t have a Country. Do not vote for Bill McSwain, a coward, who let our Country down.”

There was more, but you get the gist. And I kept the original punctuation and spelling, with the creative use of capital letters. While the delivery might have been quirky, the impact has the potential to be devastating: Bill McSwain just went from front-runner to question mark.

I am not a political expert, and usually only weigh in on the topics with which I have some familiarity, like voter suppression (of which I was almost a victim), the need for voter ID, and issues of importance to the average conservative. But I think that anyone who witnessed this rhetorical bombshell knows that it created a shakeup in the GOP and has caused people to scramble and reshuffle their own cards.

And that’s the thing that really fascinates me. Donald Trump is no longer in office, and yet he is conducting a shadow presidency — minus the “shadow.” His words, his appearances, and his endorsements carry a weight that far exceeds those of other former presidents, at least with his diehard supporters.

And now we’ll find out how much true political heft Trump has. Will his unequivocal rejection of Bill McSwain doom the former U.S. Attorney’s campaign? Or will it have the opposite effect, inspiring support from Republicans who have left Trump behind and wish he’d disappear into the ether?  I honestly don’t know, but I have an opinion on whether it should.

To me, endorsements are worthless. Having hundreds of opinions of my own, I really don’t care what someone else thinks about a political race, a policy, a candidate, etc. I care deeply about what that candidate says about the things near and dear to me. For example, I will not equivocate on abortion. If you are pro-choice, you will never get my vote.

But I don’t care if someone else says you’re a great person or conversely, the Devil’s spawn. I have too high an opinion of my own ability to judge character, and I don’t need or want confirmation of those views from third parties.

The question is whether I’m typical of Pennsylvanians in general, and Pennsylvania conservatives in particular, or whether people are really influenced by endorsements.

On the other hand, Donald Trump is sui generis, a creature unlike any other. His endorsement is not just any endorsement, and in the case of the McSwain “non-endorsement,” it might have an outsized impact on the folks who think Joe Biden is an illegitimate president. Judging from my own casual research, there are a lot of my fellow Pennsylvanians who feel that way. If Trump says jump, they will. And that could be fatal for McSwain.

I actually don’t feel too sorry for the former U.S. Attorney. While I admire him for being a great foil and balance to Philadelphia District Attorney Larry Krasner and his deadly impact on the crime rate in my city, McSwain embraced Trump when he didn’t have to. Some of the GOP candidates have been smart enough not to openly criticize the former president, but they haven’t aligned themselves with him too closely, either.

McSwain did the opposite, to the point of issuing that bizarre letter last year that suggested he didn’t investigate voter fraud because Bill Barr told him not to. That was just weird, by any metric.

In attaching himself to Trump, McSwain might have alienated Never Trump conservatives, and even those like me who are Sometimes Trumpers. I am not a fan of everything 45 did, but I have a healthy and authentic respect for some of his exceptional victories, most important among them placing three conservative justices on the Supreme Court. Still, what the former president has to say isn’t really a factor in my vote.

Now, in being spurned like a former lover, McSwain might have been excommunicated from the community of diehard Ever Trumpers, who will not consider a candidate held in such hostile disregard by their de facto political leader.

It’s a shame that candidates have to walk a tight rope like that, something that has nothing whatsoever to do with their intrinsic merit. Perhaps the solution is something that Rhett Butler gave us decades ago when dealing with Scarlett O’Hara. If a candidate is told that someone will or won’t endorse them, he should just reply: Frankly my dear, I don’t give a damn. And we, as voters, should all agree.