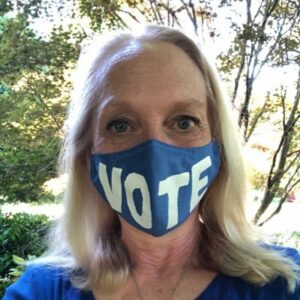 FLOWERS: Scanlon Gets A Street Level View of Her Soft-On-Crime Politics

No one should take joy in the misfortune of others. That is a tenet of many of the world’s great religions, including my own. “Do Unto Others.” “My Brother’s Keeper.” “What Would Jesus Do?”

But it’s unreasonable to expect human beings, imperfect as we are, to be completely impervious to the irony that fate serves up when someone who worked so hard against efforts to protect the public from crime finds herself keyless, carless, and alone on a South Philly sidewalk.

I’m talking about U.S. Rep. Mary Gay Scanlon, who was the victim of a carjacking less than a mile from my office. It happened in broad daylight, after she’d participated in a meeting with constituents (her district includes a Democrat-friendly gerrymandered sliver of the city).

As she was walking back to her car at FDR Park, armed men approached her, stole her keys, and made off with her car. Her personal possessions were in it, including a cellphone and laptop. The police were mobilized and due to their usual exceptional efforts, the congresswoman’s car was retrieved in Delaware a few hours later.

Though I disagree with her politics, I’m happy Rep. Scanlon was unharmed. No decent person, however partisan, wishes harm on a fellow human being — a cultural norm Democrats largely abandoned during the Trump presidency, alas.

But there is a kernel of truth in the suggestion that perhaps those quick to embrace the BLM “defund the police” rhetoric should not be surprised when the harsh realities of the street hit them right in the keyring. As she watched the crooks abscond with her Acura, you have to wonder if she didn’t sense the irony as well.

Scanlon was a regular at Black Lives Matter rallies across the region, marching alongside posters that labeled law enforcement as racist. Consider that just a few months ago, when the streets filled with protestors after the death of George Floyd, Scanlon tweeted the following from her official congressional account:

“We have seen too many lives taken and too many communities devastated by police brutality and racial profiling. Action is long overdue. @HouseDemocrats are fighting for REAL reform in our country’s policing departments.  #JusticeInPolicing.” 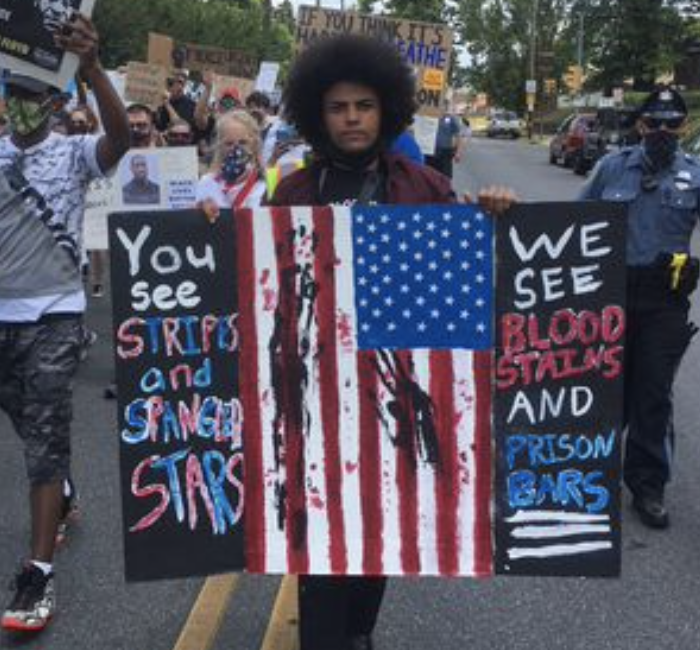 This is the typical passive-aggressive tweet of someone who isn’t explicitly calling the police racist, but who is pretty much following the script of “Police Bad, Communities of Color Sad.”  It’s neither original, nor particularly incendiary, which is the usual modus operandi of Scanlon, my congresswoman.

This tweet is a reminder of the mindset that so many Democrats, even the more moderate and low-key ones, have with respect to criminal justice.  There are pictures of Mary Gay smiling alongside DA Larry Krasner, who has presided over nearly 600 deaths in one calendar year in the city of Philadelphia. I’m not entirely certain, but it’s a good bet that at least 90 percent of those deaths were of people of color, and an even higher percentage involved civilians killing other civilians.

The “police brutality and racial profiling” trope pushed by Scanlon’s progressive allies offers no comfort to the grieving families at our local funeral homes.

The congresswoman made sure to thank the police who assisted her in the aftermath of the ordeal, which was the least that she could do. I doubt that any of those police officers wanted — or expected — a thank you. I also doubt that any of them checked her voting record or her rhetoric before rushing to her aid in South Philadelphia.  They did their job, a job made infinitely more difficult by people like Mary Gay Scanlon, Larry Krasner, Jim Kenney, and the loudmouths on Philadelphia City Council who have an inbred, innate animus toward policing in general, and certain police officers in particular.

The phrase “defund the police” turned out to be a huge mistake for Democrats. Now they’re trying to pivot to an explanation that what they “really” meant was a redistribution of resources to social workers, educators, homeless advocates, etc.

In the end, it adds up to the same things: Fewer cops, more crime, less security, more victims.

I wonder how Rep. Scanlon would have felt if a, instead of a cop, a social worker had rushed to her side at FDR Park? Or if a homeless advocate had been sent to search for her car, or a diversity instructor was tracking her assailants?  I suppose we’ll never know.

But of course, we do.