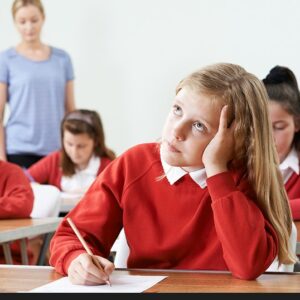 FLOWERS: Roe v. Wade and The Arrogance of Power Over Life And Death

When you’re just a month into your eleventh year on earth, your horizons are fairly limited. School, summer vacation, annoying younger siblings and Bobby Sherman are pretty much the only things that make any impact. Three of them are inevitabilities, and the pop idol is a distant dream. Life, in other words, is quite simple.

But when I was just a month into my eleventh year, something happened that had an impact on the following 49.

I was sitting in a classroom when the nuns announced over the loudspeaker that the U.S. Supreme Court had legalized abortion. It may have been math or it may have been religion, but the only thing that I remember is the moment of prayer, and then a quick return to our classwork. I am assuming the teachers didn’t want us to dwell too much on an event that had no impact – yet- on their students.

The next seven or so years were lived with a vague understanding that Roe v. Wade was wrong, was immoral and was a direct challenge to my upbringing as a Catholic who believed that life begins at conception. But I didn’t go to the March for Life. I didn’t pray in front of Planned Parenthood clinics (I didn’t even know how to get to one, which is just as well because I would have been scared to know that there were places in nice suburban neighborhoods where women could kill their unborn babies). I didn’t write about it, didn’t give my opinion about it, didn’t really think much about it except on Sundays at Mass (and sometimes not even then).

But it was always there, lurking behind every other thing that I did, every other activity in which I participated, every other accomplishment I managed to achieve. I was the Roe generation, those women who were told that they had dominion over life and death. That was both a powerful, and damning, message for a young female to learn.

When you tell someone that she does not have to take responsibility for her “mistakes,” as President Obama once described an unplanned pregnancy, you are training her to think that she has complete impunity. It creates a sense of invincibility, entitlement, and arrogance. I can confirm that I developed those qualities, and I have no problem attributing them to the overriding idea that women were autonomous beings who had the ability to determine who lives, and who dies.

It was only when I started college and mixed in with other young women who’d been taught the same lessons, the “cussed individuals” of Bryn Mawr, that I took a step back and tried to analyze what it meant to really be “autonomous.” Intelligence was a gift, the ability to apply for jobs that my grandmother could never aspire to was a given, knowing I was the equal of my brothers and the boys over at our companion school Haverford was assumed.

But this added sense that I was also able to change the course of another human being’s life by deciding that the unborn “he” or “she” was inconvenient started to bother me. The Catholic morality began, imperceptibly, to consume the feminist nihilism that had seeped into my daily existence.

And that’s when I realized that I was pro life. There was no specific day that I woke up and said “I oppose abortion, and that will be a fundamental part of my existence from now on.” I simply started looking at my obligations in a different way. I went to law school not to make money, but to gain a tool with which to challenge injustice. (Good thing about the not making money part, because if that had been my goal I would have been a devastating failure)

I began to practice immigration law, because I saw the need to assist the most vulnerable in a concrete and effective way. And I started using my voice for those who had no voice, but who existed. The fact that seven old men in black robes had denied their existence didn’t change the metaphysical, biological or moral reality of their condition.

Much of what I did in my pro-life advocacy was rhetorical. Columns written. Statements made before legislative bodies. Rallies in state capitols. Television and radio appearances. Trolling abortion rights advocates on social media (not nice, I know). And not one of those things saved a life teetering on the edge of non-existence.

But that changed on June 24, 2022. When abortion was legalized I was sitting at a classroom desk, saddle-shoe-clad feet kicking the desk in front of me.

When Roe fell, I was sitting at a computer, deep into my sixtieth year with the wrinkles and gray hair that reflected a half century’s journey.

And as it started, so did it end.