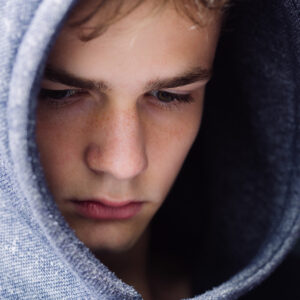 When the news leaked that the U.S. Supreme Court was about to overturn Roe v. Wade, some people argued that banning abortions wouldn’t end them. They said that it was much more efficient to examine the root causes behind why a woman would want an abortion and try to eliminate those instead of criminalizing the procedure.

They talked about support for pregnant mothers, expanded daycare, generous medical leave, financial subsidies, an expansion of programs like WIC, and all the other social safety net policies that would encourage a woman to bring a child into the world.

Even though I’m very anti-Roe, I think this is a reasonable position to take. Treat the underlying illness, not the symptom.

Funny how that principle doesn’t translate to other contexts. Take gun violence. Whenever there is a mass shooting, the default position for many of these same people is to demand a ban on guns. Some talk about additional legal restrictions, others talk about creating gun-free zones, and others think we should kill the beast with one direct blow, so to speak, and repeal the Second Amendment.

Going straight to the “ban guns” argument seems very much like the idea that if you overturn Roe, you can eliminate abortion. Some might bicker with the comparison because they don’t equate terminating a pregnancy with killing a human being, but that’s a philosophical point. Regardless of whether you believe the unborn child is human (science has something to say about that), the similarity in the reasoning process is the same:

We oppose killing, therefore, we remove the immediate cause or method of that killing.

But most of the anti-gun crowd prefer to play the “ban guns” card, instead of engaging in a holistic examination of the causes of massacres like those in Buffalo and Texas.

I gave a lecture this week to a group of Drexel students majoring in public health administration. I opened with a comparison between what happened in Uvalde, Texas, and what happened 10 years ago at Sandy Hook. The similarities are chilling.

If we focus only on the guns, we get a skewed picture of why these two young men snapped.

I am far from a gun enthusiast. I’ve never owned one, never shot one, and the only time I saw one in person was when I was dating a police officer years ago and he showed me his vast collection. I looked at those things as I’d look at objects in a museum: not particularly interesting.

I have no problem admitting that the proliferation of guns is a problem that needs to be addressed in a society that has far too many loopholes and allows far too many people to buy guns they shouldn’t have. Not even the great Antonin Scalia, who wrote the Heller decision that recognized an individual right to bear arms, thought that the Second Amendment was absolute.

Anyone who is farther to the right on guns than Scalia is a very scary person.

But again, when we focus on guns, we ignore the other equally important factors that contribute to the bloodshed of innocents. The most important ones are the destruction of the nuclear family and mental health. Whenever you raise the issue of mental health in conjunction with mass shootings, you get pushback from those who treat the mentally ill. They reason that since most of those who suffer from mental illness are not dangerous, it stigmatizes the majority to imply that shooters are “crazy.”  But, as I also mentioned to the students, that’s a function of our desperate need to avoid giving offense.

Who cares if you are offending the mental health community by making the valid point that these teenage shooters are sick?  Are we so immune to the sight of dead children that we worry about some hypothetical stigma for calling out the elephant in the room? Adam Lanza and Salvador Ramos were mentally disturbed. Say it.

The same goes for nuclear families. Those boys came from families where there was no male presence.  Coincidence? Not likely. Say it.