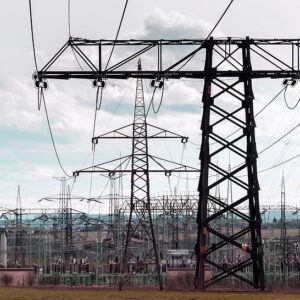 Europe is caught in an energy crisis, and U.S. experts say there’s a lesson for Americans to learn from it — before it’s too late.

Across the continent, protests have broken out over the skyrocketing cost of electricity. Thanks to decreasing natural gas supplies and low wind speeds, the price of electricity has doubled over the past year, according to OilPrice.com. Similar problems are being reported in the United Kingdom.

“For European consumers, energy prices are a pain point, and this year’s surging prices feed into inflation and the cost of goods,” writes Charles Kennedy for OilPrice.com.

And the news is getting worse. This week, a fire shut down a major cable bringing power to the U.K. from France, just as temperatures begin to cool. The cable will be out for at least a month. Meanwhile, supply problems for natural gas continue to plague the continent.

“Europe’s experience is the product of foolish energy policy,” says Gordon Tomb, senior fellow for Harrisburg-based Commonwealth Foundation. “Germany, for example, moved away from fossil fuels and nuclear in favor of wind and solar and its electricity now costs twice that of France’s nuclear-generated power.

“Reliability and affordability of the electric system has to be paramount, even as we look at how we’re making this energy transition, which our members are fully engaged in,” Todd Snitchler of Electric Power Supply Association (EPSA) told Delaware Valley Journal. “Europe is not identical to the United States, but it’s constructive that consumers are sensitive to price increases, especially at a time when there is peak demand.”

Labor Day and the unofficial start of fall may be behind us, but warm weather is not going anywhere for many parts of the United States.

“We’re not out of the woods when we look at high temps and that’s an area that gets the public’s attention,” says Snitchler. “So, when you have a situation where reliability could be jeopardized and consumers are paying higher prices than they would otherwise have to pay, it can lead to a situation that is not helpful in trying to address the broader concerns about emissions reductions, reliability, and affordability.”

President Joe Biden and Gov. Tom Wolf (D) have both committed to reducing the use of fossil fuels in order to cut carbon emissions. They see alternative sources like wind and solar as solutions, but critics argue that so-called green technologies are more expensive and less reliable, leaving consumers paying more for electricity that may not be there when needed.

“Pennsylvanians can expect expensive, unreliable energy sources if Gov. Wolf is allowed to force the replacement of economical, readily available coal-and-gas-fired generating plants with solar panels and wind turbines,” says Tomb. “The outcomes of these policies — job losses and damaged lives — is all too predictable.”

“As federal and state policies make energy sources like coal and natural gas more expensive, individuals will pay the price for it,” says Knepper. “That will mean higher electric bills and higher prices for the products they purchase on a regular basis.”

The business community is concerned.

“Energy costs, especially in the manufacturing sector or the industrial sector, is often right behind the cost of your personnel, staff, benefits, salaries,” says Snitchler. “So, when businesses look at how they’re going to plan for the future, they need to know the power is going to be there when they switch their lights on, but it also has to be affordable”

If and when energy gets too expensive, Snitchler says that is when we see migrations from state or state or even country to country.

“We have seen that happen over time as businesses have moved from one jurisdiction to another, maybe not exclusively as a result of the cost of energy, but that’s certainly one of the inputs that drove many of those investment decisions,” says Snitchler.

Biden’s policy is to invest heavily in green technology and encourage a dramatic expansion of the use of electric vehicles (EVs). Still, industry groups maintain nothing on the market today compares to the price and reliability of electricity powered by natural gas and coal. The same could be said for transitioning away from fossil fuels to power electric vehicles.

“We should be focused on growing American energy leadership by promoting sensible policies and industry-led efforts that will continue to reduce emissions, not returning to the days of relying on OPEC to meet our supply needs,” a spokesperson from American Petroleum Institute tells DVJournal. “Unfortunately, misguided policies like the federal leasing pause and punitive, targeted fees and measures on American natural gas and oil could exacerbate the supply and demand imbalance and in the long run negatively affect U.S. consumers and increase our dependence on foreign energy with lower environmental standards.”

Reliability is the key, Snitchler says.

“If you look at it, energy is the lifeblood of virtually the entire economy, and that is even more pronounced as a result of our requirements to stay home during the lockdowns. If you can’t have affordable, reliable energy, you can’t work from home, you certainly can’t work in the office, and you can’t power your phone or your computer or have your WiFi or whatever technological means you need in order to communicate and do your job.”