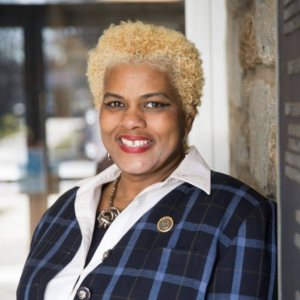 In the wake of the resignation of former state Rep. Margo Davidson, Speaker of the House Bryan Cutler announced that a special election will be held on Nov. 2 to fill the Democrat’s Delaware County seat. Municipal elections will be held across the state that same day.

Davidson, first elected in 2010, resigned after being charged with stealing taxpayer dollars through fraudulent reimbursements claims. She had represented the 164th District in Delaware County, which encompasses Lansdowne, East Lansdown, parts of Upper Darby, and a portion of Yeadon.

It will be up to the political parties to field candidates for the fall election.

Delaware County Democratic Chair Colleen Guiney said nine people have expressed interest in running for the vacant seat. A group of 120 to 150 active party members will meet to decide whose name will be on the ballot this fall after the prospective candidates meet with them.

Similarly, Delaware County Republican Chairman Tom McGarrigle said the county committee will convene a five-member vacancy board to select a candidate in mid-August. The GOP leaders for the towns in the 164th District will also be involved and will suggest potential candidates and interview those who have asked to be considered. McGarrigle is a member of the vacancy board, along with other party leaders.

At the same meeting, the vacancy board will also nominate a new county sheriff candidate. The previous candidate, Joshua K. Brown, dropped out of the race. It will also select a school board candidate since a nominee from Prospect Park is moving from that borough.

This wasn’t Davidson’s first time getting caught up in a scandal.

She was arrested twice in 2018 within two weeks for crashing her taxpayer-funded car while driving on a suspended license. The repair costs to taxpayers were close to $30,000. In 2016, Davidson was evicted from her campaign offices in Landsdown for failing to pay rent.

Davidson was the first Democrat, the first African American, and the first woman to represent the 164th District. In 2010 she defeated incumbent Republican Mario Civera Jr., who had held the seat since 1980.