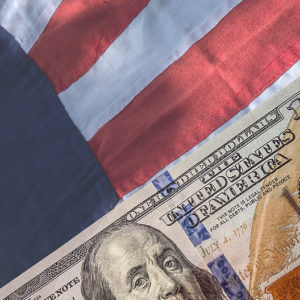 Democratic special interest groups dominated political spending in Pennsylvania this year, outpacing their GOP counterparts by a massive 10-to-one margin, according to an analysis of campaign spending through Independent Expenditure Committees (IECs) conducted by the free-market nonprofit Commonwealth Partners and shared with Delaware Valley Journal.

While more numbers will likely trickle in from the secretary of state’s office, the available data show a blue wave of cash mostly aimed at turning Republicans out of the majority from either the state House or Senate. Despite being outspent, however, Pennsylvania Republicans retained control of the Senate and expanded their majority in the House — knocking off Democratic Minority Leader Frank Dermody (D-Allegheny) along the way.

Unlike some PACs, Independent Expenditure Committees are set up for an outside organization to do electioneering communications directly on behalf of the candidate, but also have restrictions on how much the committee can coordinate directly with the candidate on that messaging.

At the start of 2020, Democrats realized they had a tough task in trying to capture majorities in either the state House or Senate. But as polling through the summer and fall continued to show a big lead for Joe Biden, more partisans began to believe flipping at least one chamber might be possible.

Party leaders, even those outside of the state, were eager to see Democrats with increased leverage in the General Assembly as state reapportionment and congressional redistricting are set to explode again on the political scene with the 2020 Census now concluded.

Leading the way among the IECs was Pennsylvania Fund for Change, spending $1.7 million either for Democratic candidates or against Republicans.

One of the heaviest lifts for the Fund for Change was trying to oust Rep. Martina White, the only elected Republican in the General Assembly whose office is entirely within Philadelphia. The Fund for Change spent more than $205,000 against White — but to no avail.

White crushed her Democratic challenger, Michael Doyle, by more than 6,000 votes after Doyle became enmeshed in a controversy over old social media postings, losing a major establishment endorsement as a result.

In the Delaware Valley, State Rep. Todd Stephens survived an onslaught from various groups who thought the Republican was ripe for defeat in a district where Democrats enjoy a 44–39 voter registration advantage in that district.

The Pennsylvania Leadership Committee spent more than $164,000 against Stephens, who still handily prevailed over Jonathan Kassa by 53-47 percent.

The Republican-oriented Alliance for a Better Pennsylvania spent a mere $68,000 this election, with about half of that going to boost Chester County GOP Sen. Tom Killion. Even after years of cultivating his bipartisan bona fides, the Republican could not keep his head above the waters in a tide that had been rising for Democrats in Senate District 9 for years.

And based on dollars spent by the IECs, it appears few other races garnered as much attention as Democrat Janet Diaz’s challenge to incumbent Republican Scott Martin in his Lancaster County senate district.

The Pennsylvania Leadership Committee spent more than a $500,000 on communications boosting Diaz, and about $230,000 against Martin. Some right of center groups like Americans for Prosperity cut IEC checks for Martin. But AFP’s $69,000 advocating for Martin paled in comparison to the IEC spending from the left arrayed against him.

Martin walked to re-election in his Republican-tilting district by an easy 56-43 pace.

Only three groups spent more than a million dollars in IEC money this cycle — Pennsylvania Fund for Change, Pennsylvania Leadership Committee, and Everytown for Gun Safety Action Fund — all in support of Democrats.

Of all the donations analyzed, about $6 million was spent on Democrats or left leaning causes, while about $600,000 went to Republicans or right of center causes.

“The 2020 election also underscored that money alone doesn’t win,” the WSJ report noted. “Multiple failed candidates set fundraising records, and small-dollar donors also contributed to efforts, some of which were unsuccessful. The 2020 election is on track to cost about twice as much as the 2016 race, according to an estimate from the Center for Responsive Politics.”

The analysis of spending in this article examined only the efforts of IECs and did not factor outside money donations that went straight to a candidate’s committee. The analysis used data available from the state on November 13.