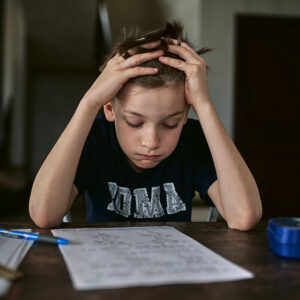 A prominent Delaware Valley teachers union official is pushing back on calls to reopen schools, arguing that remote learning might actually be good for students.

Montgomery County students attending the Norristown Area School District have not had in-person instruction since the coronavirus pandemic first broke out last year. The lack of in-person learning has drawn concerns from some parents, who fear that their children’s education is being diminished.

Local teachers unions, however, disagree. Lee Spears, the president of the Education Associations of Norristown, told the Delaware Valley Journal in an exclusive interview that remote learning could be a blessing in disguise.

“I think there will be different skills that kids are going to learn,” Spears told DVJ, while defending his union’s opposition to reopening classrooms. “Will it be a year when my students’ test scores go up through the roof? I don’t know.”

“Are there other skills that kids are learning that they’ve probably never had the opportunity to learn before,” Spears added. “Absolutely.”

Spears isn’t alone. As data pours in showing remote learning costing students months of educational progress, teachers unions and their allies are promoting the idea that closed classrooms can be a benefit.

Just days ago, San Francisco school board president Gabriela Lopez told New York magazine that the outcomes of remote learning could not be adequately compared with those of in-person instruction.

“They’re just having different learning experiences than the ones we currently measure, and the loss is a comparison to a time when we were in a different space.”

It was a stance that has left some area parents stunned.

“If you’ve ever listened to a third trade class on Google Classroom — there is no learning going on. Zero.” Schillinger said. “And I can say that from firsthand experience.”

Colleen Hroncich, a senior policy analyst with the Commonwealth Foundation, was not impressed with Spears’ comments about digital learning either.

“This is insensitive, to say the least,” Hroncich told DVJ. ” First of all, Norristown students’ test scores were not through the roof even before this [pandemic]. In fact, four Norristown schools are in the bottom 15 percent of schools [across] the state.”

“But beyond that, there are stories in the news every day about how many kids are struggling right now—academically, socially, and emotionally,” she added.

Hroncich proceeded to argue that it was inappropriate and “shocking” for any teachers union “to make light of those struggles,” while their own members have yet to miss “a paycheck.”

“It’s also an excellent example of why we need more school choice in Pennsylvania,” she said. “Especially when you consider that neighboring Penn Christian Academy, whose tuition is less than half what Norristown spends per student, is fully open.”

There is no evidence that such decisions to resume in-person learning have contributed to higher transmission rates of the coronavirus. Instead, research continues to show that remote learning is not necessarily the only way to protect public health.

Some teachers unions have responded to the science by ratcheting up the rhetoric. In Philadelphia, the threat of a strike looms over every effort to reopen classrooms.

Schillinger, whose children attended Montgomery County public schools, told DVJ the image of remote learning often presented by teachers unions is far from the reality, even in more affluent communities.

“They paint this picture that virtual learning is beautiful, that the children all have nice, clean rooms and the right devices and high-speed internet,” Schillinger said. “It’s never four kids fighting over one device and struggling to get connected.”

“They don’t talk about children who might get their only hot meal of the day when they go to school,” she added.

Schillinger is part of a group of Hatboro-Horsham parents who have not only filed a lawsuit to force schools to reopen, but  have also started a political action committee to push elected officials to act.

“It’s not just parents. We have a ton of teachers reaching out urging us to keep fighting. They tell us their union doesn’t represent them,” Schillinger said. “Virtual and hybrid learning is so much harder for the teachers who really care.”