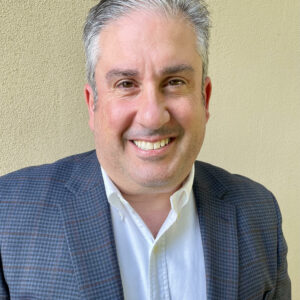 He plans to unify the party and also work to bring in more independent voters.

“We’ve had a leadership model that is top-down,” said Terzian. “And I intend to bring in a team-oriented approach to managing the party.”

Terzian sent an email with his resume and plans to revitalize the county GOP to party members, saying he would like to be elected chairman. The county committee is scheduled to meet Tuesday to reorganize and will vote on whether to elect Terzian or keep the current chairman.

“It is time to chart a new course for the Republican Party of Chester County,” Terzian wrote to committee members. “We must unify and restore confidence in our party with the residents of our county. We cannot allow our opponents to define who we are; we must clearly articulate our shared values, and which resonate with our community. We must leverage the many talents and abilities of this committee in a team-oriented, collaborative approach and lead with integrity, transparency, and consistency.”

Some political observers say they believe the Chester County GOP may be ripe for a change.

“Given the election results over the last few cycles in addition to the swing in voter registration numbers now favoring Democrats for the first time since the Civil War, the challenge to Chester County’s current Republican leadership is not surprising,” said Jeff Jubelirer, vice president with Bellevue Communications Group. “The political winds seem to be pointing to Republican gains across the state and nation in 2022, but recent results in Chester County elections don’t necessarily portend for a similar outcome locally.

“As the general election approaches with open seats for governor and U.S. Senate – a seat that could determine the balance of power in the chamber – this is an opportunity for Chester County Republicans to reset in advance of such a critical time,” Jubelirer added.

There are about 5,000 more Democrats than Republicans in Chester County and the Democrats took control of the county commissioners in 2019, along with the district attorney’s office.

An ER doctor, Terzian is married to Roseanne Terzian and has four children. The family has lived in Chester County for 19 years.

He wants to “foster a grassroots effort that involves all our committee people and has them invested in what it is we’re doing.”

Terzian believes fundraising is essential so the committee will be able to get its message out.

“We will adopt a multifaceted approach to fundraising” and “have a clear communication strategy” that “involves a multimodal approach.”

“We have to have a robust get-out-the-vote effort that includes outreach not only to our voters but to new residents of the county, along with folks who may be unaffiliated,” he added.

He plans to keep in closer touch with voters and constituents not just via emails or text messages.

“We want to meet them where they are,” said Terzian.

He plans to talk to voters about Republican solutions to their problems and listen to their issues. Republicans ran the county well for a long time, he noted. And, Republicans are fiscally responsible, and for smaller government, he added.

“I think economic issues are first and foremost on people’s minds at the moment,” Terzian said.

But they have to get their message out to voters and Terzian believes that he is the person to do that.

“We’ve allowed our opponents to define who we are,” he said.