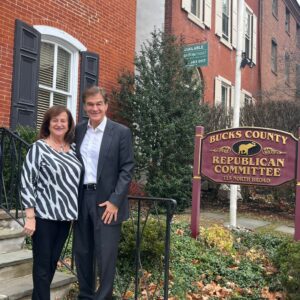 Is there a doctor in the house? Or the U.S. Senate race?

Republican 2022 Senate candidate Dr. Mehmet Oz objected to The Philadelphia Inquirer’s newly announced policy not to use his title “Dr.” when writing about him.

Oz released a video, saying, “Last week The Philadelphia Inquirer had me on their front page as Dr. Oz. This morning they just announced no more ‘doctor,’ even though I’m a practicing physician, taking care of patients. I’ve done thousands of heart surgeries. They don’t want to call me ‘doctor’ anymore. I won’t be canceled.”

For years Associated Press style called for journalists to use Dr. on first reference to a medical doctor, dentist, optometrist, osteopath or podiatrist and then their last name in the remainder of an article. People who hold a doctorate degree have “Ph.D.” after their names, not a Dr. before—a practice that irks some academics.

However, publications can and do make their own rules. Which is what The Inquirer has, somewhat oddly, chosen to do in this case.

What do local doctors think of the brouhaha over Oz’s title?

“The New York Times has similar policies. The exception seems to be Martin Luther King,” said Dr. Robert Michaelson, a retired physician living in Montgomery County. “The Inquirer doesn’t label Valerie Arkoosh as Dr. and fortunately many news outlets don’t often mention that Rand Paul is a physician. The former Senate majority leader, Bill Frist, was a cardiac transplant surgeon and rarely was that mentioned. However, ‘Dr. Oz’ is also his show’s name.”

Dr. Robert Sklaroff, an oncologist and hematologist practicing in Philadelphia said, “Regardless of how a public figure chooses to ‘self-brand,’ journalists must report what that person says and/or does by applying standards that are identical to those invoked for all similarly-situated people. For example, “doctors” Barrasso and Paul are portrayed as “senators,” while each may be subsequently identified as a physician when discussing medical issues. They are not subtly disrespected when their activities are communicated without reference to their academic degrees, so Dr. Oz should not feel miffed if his well-earned title is omitted from news articles.”

Two other Delaware Valley doctors, both Democrats, are also vying to become their party’s Senate nominee: Arkoosh, who chairs the Montgomery County commissioners, and Dr. Kevin Baulim, who works in a Philadelphia ER. 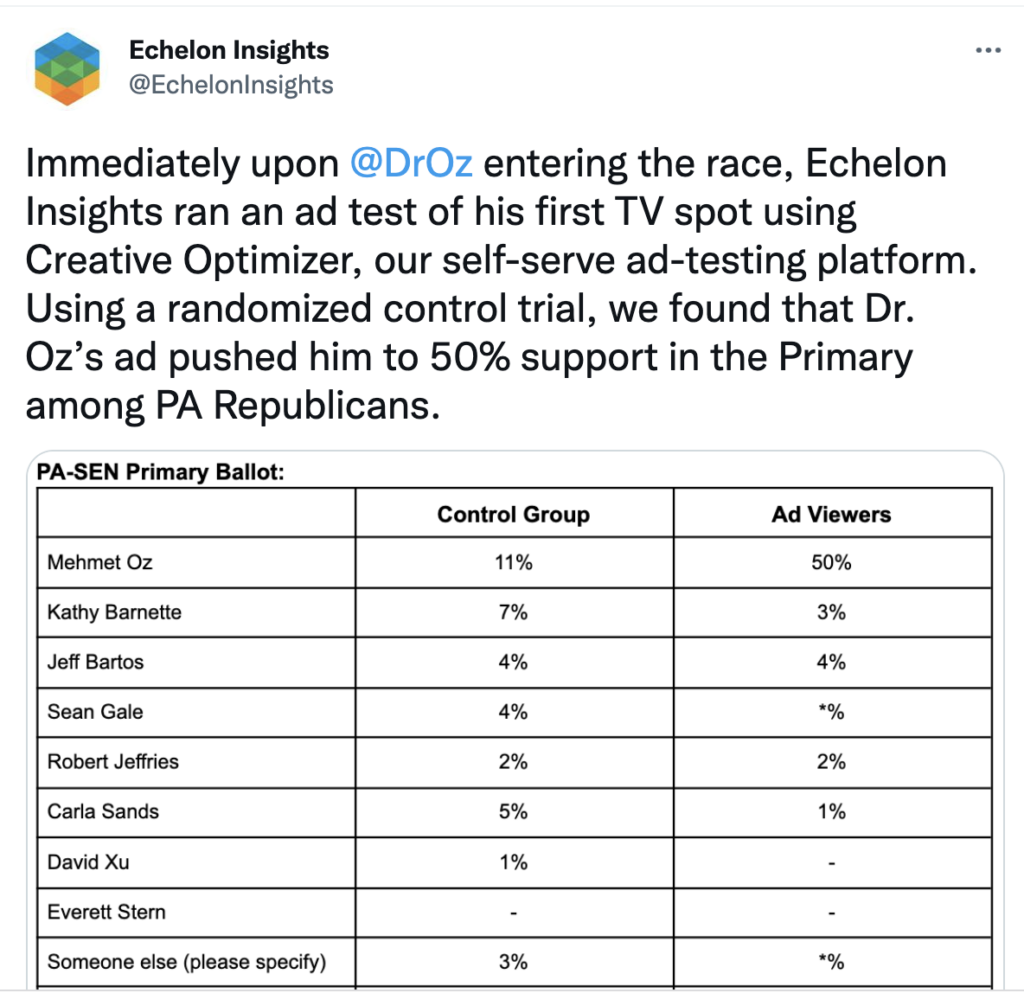 “I feel very strongly about it,” said Dr. Kevin Baumlin. “My opinion is Dr. Arkoosh and I worked hard to get our doctorate in medicine. So did Dr. Oz. You can’t take away our salutation for one and not for the others. It was inappropriate that they used doctor for Oz and not for us.”

Rachel Petri, a spokesperson for Arkoosh, said, “ While Oz has been peddling fake diet pills and unproven COVID-19 treatments, Val’s been putting her medical degree to good use leading Pennsylvania’s third-largest county through COVID-19 and I can assure you Val has spent zero time thinking about use of her honorific in the paper. If Dr. Oz thinks that’s where his focus should be, that says everything you need to know about his priorities in this race.”

But medical title or not, Oz’s name recognition has given him an advantage over lesser-known politicians and he has changed the dynamics of the Senate race with his entry into the fray.