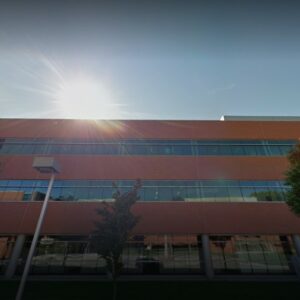 Investment behemoth Vanguard may have decided recently to quit a net zero climate effort, but do not expect the Pennsylvania-based advisor group to walk away from all things environmental.

Economist Jerry Bowyer of Boston, Pennsylvania-based Bowyer Research says Vanguard has been quieter about the climate change political agenda than Blackrock, but Bowyer’s research shows Vanguard is “in many ways” a more consistent vote against fossil fuels.

“This political intrusion into finance violates the intention of the firm’s founder, John Bogle,” adds Bowyer. “The energy policy side may well violate Vanguard’s agreement with government regulatory officials to stop interfering with management decisions in this space.”

In short, Bowyer says Vanguard is supposed to be a money management firm, not an energy regulatory agency. The regulation of energy is what the Net Zero Asset Managers (NZAM) Initiative involves. In fact, the very commitment that managers agree to is an acknowledgment that “there is an urgent need to accelerate the transition towards global net zero emissions” and for asset managers to help deliver the goals of the Paris Agreement. In signing on to NZAM, organizations commit to supporting the goal of net zero greenhouse gas (GHG) emissions by 2050, in line with global efforts to limit warming to 1.5°C (‘net zero emissions by 2050 or sooner’).

“It also commits to support investing aligned with net zero emissions by 2050 or sooner,” says the commitment, which is available on NetZeroAssetManagers.org.

Vanguard, one of the world’s biggest mutual fund managers, announced its decision to quit the Net Zero Asset Managers (NZAM) Initiative on December 7. Vanguard officials said they wanted to provide the clarity that its investors desire about the role of index funds and about how they think about material risks, including climate-related risks. Vanguard also wants to make clear that the firm speaks independently on matters of importance to its investors.

Vanguard’s announcement comes as members of the State Financial Officers Foundation and attorneys general have been holding large asset aggregators such as Blackrock and Vanguard accountable for environmental, social, and government (ESG) policies. Had it not been for these efforts, Bowyer thinks Vanguard would still be in the Net Zero group.

“It’s a victory, but a partial one,” says Bowyer. “Vanguard has shown no indication that is changing its policies one iota, and in announcing this change, it reasserted its commitment to fighting global warming.”

Vanguard’s statement says climate change and the ongoing global response will have “far-reaching economic consequences” for companies, financial markets, and investors, presenting what Vanguard considers a clear example of a material and multifaceted financial risk. Vanguard adds this change in NZAM membership status will not affect its commitment to helping investors navigate the risks that climate change can pose to their long-term returns.

If you ask Bowyer, the only change announced here is that Vanguard will speak with an independent voice in the future. However, that says nothing about whether the independent voice will be any different from its past voice. Bowyer also doubts that Attorney General turned Governor-elect Josh Shapiro (D-Pennsylvania) will in any serious way challenge Vanguard on climate change. Like Governor Tom Wolf, Bowyer considers Shapiro a reliable left-of-center voice who represents Philadelphia regional politics and not the pro-fossil fuel agenda of the rest of the state.

Professor Burton Hollifield with the Tepper School of Business at Carnegie Mellon University can see where Vanguard is coming from with this decision. Vanguard is owned by its funds, themselves which are owned by the fund investors. Therefore, Hollifield says Vanguard has a duty to produce high, long-term returns for their owners.

“Vanguard provides low-cost products to meet long term investment goals, offering many passive index products,” says Hollifield. “Their stated reason for withdrawing from the NZAM is that they want to provide clarity on their focus on how net-zero approaches can impact index products.”

“That other investment funds remain in NZAM means that investors who decide to embrace the net-zero goals will still have access to competing products committed to that approach,” says Hollifield. “Competition may force Vanguard to change their approach in the future if the NZAM approach is the only way to deal with climate risks.”