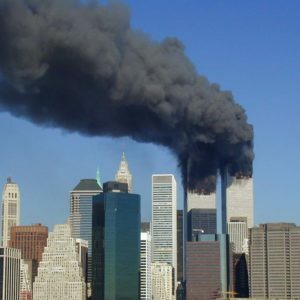 As the 20th anniversary of the Sept. 11 terror attacks nears, some Pennsylvania politicians shared with Delaware Valley Journal how the events of that profound day changed their lives.

“September 11, 2001, was 20 years ago, and it still seems fresh in my mind, but we should be mindful that there now are millions of Americans who were not even born yet or were too young at the time to remember what it really felt like,” said former Congressman Lou Barletta, a Republican who is running for governor in 2022. “That day, the thousands of lives we lost, and the troops that were called to protect us and sacrifice for our safety, crystalized for me that there were evil forces in the world which hate America because we stand for freedom. And they still exist. There were security lapses that allowed those jihadists into the country to attack us from within, and today there are innumerable terrorists who would love nothing better than to do it again. I hope this anniversary is a reminder that we should always be on guard and do everything we can to ensure that our generosity as a nation is not used against us.”

Democratic Congresswoman Chrissy Houlahan, who represents Chester County and part of Berks County, offered these thoughts:  “As the daughter of a career Naval aviator, I moved a lot growing up, and it was hard to feel like I belonged anywhere. The attack on our country on September 11th changed that for me. The experience rooted me, and so many other Americans, in our nation’s values in a newfound way. Irrevocably, this horrible, traumatic shared experience is forever seared in our collective minds. And while the attacks that day bring about so many feelings for our veterans, myself included, it was also an opportunity to come together. As we reflect on the 20th anniversary, I invite all of us to recommit to our common humanity and shared values. We honor those we lost by continuing to serve one another and our country.”

“On September 11, 2001, I was a stay-at-home mom, taking a break from my legal career to raise three young children,” said Congresswoman Mary Gay Scanlon (D-Delaware). “Twenty years later, it still feels like yesterday, and it’s hard to realize that this life-altering event that is so present for me and others isn’t even a memory for an entire generation — it’s something they learn about in history books. When I think about the 13 service members who were just killed by the terrorists in Kabul while helping Americans and their allies evacuate, it’s hard to realize that most of them were infants or not yet born when we were attacked in 2001 — and yet, they still experienced the lasting impact of that day.

“With multiple firefighters, police officers, and veterans in our immediate family, the impact of the 9/11 attacks felt very close to home,” Scanlon added. “That day reinforced my commitment to public service and my love of country. Before returning to a full-time legal career, I became a full-time volunteer promoting civics education in our public schools, both in Delaware County and Philadelphia, and I ran for our local school board. Once I returned to work, as the coordinator of public service legal work for a national law firm, I championed the national expansion of Wills for Heroes, a program created in the wake of 9/11 to provide free estate planning documents to first responders and veterans. Over the next decade, I helped train attorneys and organize clinics that provided free legal services to thousands of hometown heroes across the country.

“As I reflect on the 20th anniversary of September 11, I know the trauma and loss we experienced as a nation changed us in ways big and small. And what I hope for all of us is that we use this moment of collective mourning and reflection to remember it is possible for America to come together in support of our core values once again,” Scanlon said.

William McSwain, the former U.S. Attorney for the southeastern district of Pennsylvania, said,  “9/11 was a wake-up call for our country.  It made plain that there was irredeemable evil in the world – evil that needed to be faced and destroyed.” McSwain is exploring a run for governor.