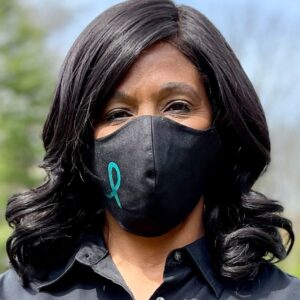 The number of Philadephia police officers filing for early retirement is already six times higher than all of last year. In New York, more than 5,300 NYPD uniformed officers retired or put in their papers to leave in 2020, a 75 percent jump from the year before.

Amid the national debate over the deadly use of force and growing calls for police reform, police departments are struggling to attract and retain law enforcement members. That includes the Delaware Valley. Union leaders and police officials tell Delaware Valley Journal the state of recruiting across the region and the nation is in crisis mode.

Chief Deputy of the Chester County Sheriff’s Office, Kevin Dikes, who has been in law enforcement for 40 years, has overseen the challenge of recruiting new officers.

“I’ve been in the game for a while, and it’s been a struggle in this current climate,” he said.

Law enforcement professionals attribute the decline in interest due to the national outcry over the death of George Floyd in Minneapolis and the murder trial of his convicted killer, former police officer Derek Chauvin. Police departments throughout the nation are still grappling with the fallout of Floyd’s death as many officers have been demoralized.

In the current environment, simply getting young people to consider a law enforcement career is difficult.

“It’s something that all departments recognize is getting harder,” John Viola, Haverford Township Police Chief, told the Philadelphia Inquirer. “It’s a good job, but when you look at national news every day, people just don’t want to be officers.”

And among young people of color, that challenge is even greater. During a recent roundtable on institutional racism hosted by Rep. Christina Sappey (D-Chester), Chester County Sheriff Fredda Maddox discussed views of law enforcement in the local African American community. Maddox is the first woman and the first person of color to hold the job.

“I’ve worked with a lot of young people, including kids in dependency court. And for these young people, they don’t like the police. They’re afraid of the police. They thought of police as ‘they’re coming to arrest mom and dad.’ And even if it was for their own protection, to them the police are ‘no, no, no,'” Maddox said.

Captain Jay Johnson in the Upper Merion Police Department says he has expanded the recruiting of new officers beyond the Delaware Valley region. “We attended job fairs and college recruiting events as often as possible and traveled to New Jersey, Delaware, and Maryland,” Johnson added. “We also advertised in print and online sources and utilized our social media platforms to spread the word.”

Johnson acknowledges the application process for incoming officers at the Upper Merion Police Department is highly competitive and involved.

“The process of hiring an individual to become a police officer should not be an easy task,” Johnson added. “The ultimate goal is to find the best candidates to represent UMPD and the Upper Merion Township community.”

Malvern Borough Police Chief Louis Marcelli agrees there’s a recruiting challenge for departments like his, and he says he’s taking a proactive approach.

“Throughout the last year, I have become more engaged with organizations that have broadened my views on a variety of issues and that I believe will enhance the service our police department provides to Malvern Borough,” Marcelli said. He adds community outreach is essential.

Sheriff Maddox agrees. She does a monthly workshop with African American teenagers to allow one-on-one c0mmuncations and help restore trust.

“The more we meet, the better the healing gets,” Maddox said.