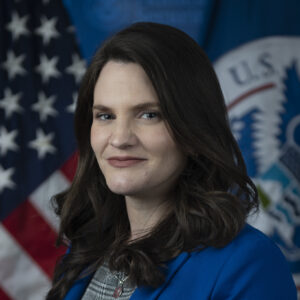 The Delaware Valley’s Republican Congressman says he is concerned about the potential abuse of the Biden administration’s new Disinformation Governance Board (DBG) while the Democrats in the delegation declined to comment.

The new entity, set up by Biden’s Department of Homeland Security (DHS) , says its mission is to confront “disinformation that threatens the security of the American people, including disinformation spread by foreign states such as Russia, China, and Iran, or other adversaries such as transnational criminal organizations and human smuggling organizations.”

However, the lack of specificity about its powers and reach, along with the appointment of a partisan Democrat — Nina Jankowicz— to oversee the board has raised red flags about the DGB’s potential dangers. (The initials “DGB,” so close to “KGB,” aren’t helping, critics have noted.)

“I am strongly opposed to the Department of Homeland Security’s Disinformation Governance Board. DHS’s primary mission should remain focused on securing the border, countering terrorism, and protecting our cyberspace and infrastructure,” said Fitzpatrick (R-Bucks). “I am concerned that this new board with vague authorities could be misused as a political tool and will ultimately undermine the American people’s confidence in our government.”

An aide to Sen. Pat Toomey (R-Pa.) told DVJournal, “Sen. Toomey believes in protecting the freedom of speech of all Americans. Based on the information available, and like many Americans, the senator believes the disinformation board raises serious red flags, such as what the actual purpose of the board is and whether concerns that the board could be weaponized against American citizens for political purposes are in fact true.”

Campaigns for two of the Republican candidates running to replace Toomey, who is retiring, agreed.

Brittany Yanick, a spokesperson for Dr. Mehmet Oz, said, “This is absolutely un-American and an attack on Americans’ First Amendment rights. Pennsylvanians need a bold, conservative voice in the U.S. Senate that will defend our freedoms and stand up for future generations by opposing Joe Biden’s disastrous policies, and Dr. Oz will do just that.”

Dave McCormick campaign spokesperson Jess Szymanski said, “Dave supports the first amendment and the freedom of speech and has always valued and promoted a free market of ideas. Biden’s board limiting free speech is another very concerning move by the extreme left to censor conservatives.”

Pennsylvania Democrats, however, were largely silent.

And, Lt. Gov. John Fetterman, the frontrunner on the Democratic side for the Senate nomination, did not respond when the Delaware Valley Journal asked him to comment.

However, during a recent appearance in Philadelphia, Rep. Conor Lamb, another Democrat running for the Senate, said he agrees “with the intent” of the new board.

“I need to understand better how it’s going to work on a day-to-day level,” said Lamb. “I agree with the intent, which is to try to take aggressive measures against all the lies and disinformation that are in our society. Obviously, we value the First Amendment very much in our party.”

Jankowicz, the “Mary Poppins of disinformation” has a long record of spreading political falsehoods, according to media reports, including repeatedly endorsing the now-discredited “Russiagate” conspiracy. She also claimed, incorrectly, that the Hunter Biden laptop, whose contents were first reported by the New York Post in 2020  should be viewed as a ” Trump campaign product.”

Progressive journalist Glenn Greenwald writes, “There is no conceivable circumstance in which a domestic law enforcement agency like DHS should be claiming the power to decree truth and falsity.”