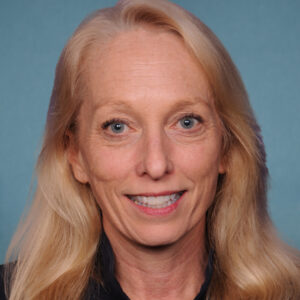 According to Business Insider, Scanlon’s husband sold four stocks in February 2021 collectively worth up to $95,000, and exchanged up to $15,000 in shares of DuPont de Nemours early that same month.  Scanlon did not file a disclosure form until Aug. 12, 2022. However, trades of more than $1,000 must be reported within 45 days under the Stop Trading on Congressional Knowledge (STOCK) Act of 2012.

The law is supposed to help prevent representatives and senators from enriching themselves via insider information they glean while serving in Congress. Many have become millionaires while serving the public.

Scanlon (D-Delaware/Philadelphia), a lawyer, was first elected in 2018 after  Republican Rep. Pat Meehan stepped down amid a scandal. She won both a special election and general election for that seat.

“In preparing her most recent financial disclosure report, Rep. Scanlon discovered that certain transactions in her husband’s retirement account, which is managed by a financial advisor who has discretion over the account, had not been reported in a previous filing,” said her spokeswoman Carina Figliuzzi. “Rep. Scanlon was unaware of these transactions and took immediate action to report them, pay the $200 late fee, and implement additional procedures to ensure that such transactions will not be overlooked in the future.

“Rep. Scanlon does not trade individual stocks and is a proud original cosponsor of the Ban Conflicted Trading Act to ban congressional stock trading and ensure accountability,” Figliuzzi said.

“Leaders should walk the walk,” responded David Galluch, Scanlon’s Republican challenger. “When it comes to representing working families, Mary Gay Scanlon has opted for the other route — talking the talk. The biggest challenge facing most families right now — and the one they’re most concerned about — is financial survival.

“As working families are experiencing economic hardship like never before and facing the specter of greater financial scrutiny from the government, we find out that Congresswoman Scanlon and her husband traded up to $110,000 in stocks—one and a half times more than the average family in PA-05 makes annually—that went unreported for over a year, violating the Stop Trading on Congressional Knowledge Act of 2012.”

Trust in institutions like Congress has plunged over the past two decades, and the result has been a rise in populist politics from both the Left (Sen. Bernie Sanders, Lt. Gov. John Fetterman) and Right (Former President Donald Trump.) According to the latest Gallup poll, the percentage of Americans who say they have little or no confidence in Congress has soared from 17 percent in 2002 to 57 percent today.

“I have talked to tens of thousands of people and most say the same thing: ‘I feel like there are two sets of rules — one for those in power and another for the rest of us.’ Unfortunately, this lends credence to their claim — rules for thee but not for Mary G,” Galluch said.

How members of Congress and their families handle investments has gained new attention in the wake of reports House Speaker Nancy Pelosi’s (D-Calif.) husband has made millions on well-timed trades of stock impacted by upcoming legislative action.

“The Pelosi family’s pattern of appearing to use her speakership for their own personal financial benefit continues to raise red flags,” Caitlin Sutherland, executive director of Americans for Public Trust, told FOX Business.

After public outcry, a push to strengthen the largely impotent STOCK Act it has gone nowhere.