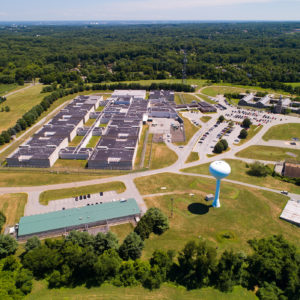 While the coronavirus crisis continues to spin out scores of dismaying headlines per day, there are some success stories. And one is at the George W. Hill Correctional Facility in Delaware County, one of about two dozen privately run jail or prison facilities of its kind in the commonwealth.

Earlier this month, facility administrator David Byrne told Delaware County Councilor Kevin Madden that: “Over the last 70 days, there have only been two new positive cases within the inmate population, even as we continue to process new admissions into the facility.”

GW Hill jail accomplished this at the same time coronavirus cases were surging across the state at such a rate that Gov. Wolf imposed new restrictions on restaurants, particularly scaling back in-restaurant dining.

Byrne attributes much of the success to the fact that the GEO Group — the private company that has the management contract — was able to tap its national network of administrators, especially from regions where the outbreaks were most severe at the beginning of the crisis in January and February, well before the first Pennsylvania case was detected in March.

“We were the first county institution in the state to conduct facility-wide testing,” Byrne told Delaware Valley Journal. “We did both swab tests and the serology test. Remember, no other county jail in the state was taking these measures. They allowed us to better identify who was infected and help reduce the spread both in the facility as well as in the community.”

No tax dollars were used in the testing, and Byrne estimates the facility performed “almost 1,100 tests for inmates and almost 350 for staff and GEO has covered the costs in excess of $120,000 to date.”

The GW Hill jail started off on a slightly better footing compared to some of its neighbors as well. For example, by late April, the the SCI Phoenix prison in Montgomery County tested 177 positive inmates out of 948 — about 18 percent of the population, according to a report from the Inquirer.

Facility-wide testing in Delaware County marked 110 positive inmates out of 915 — a 12 percent rate. Those numbers were disclosed in a letter from Byrne to Madden on May 20.

Even by the time Byrne updated Madden at the beginning of August, the grand total of positive COVID-19 tests had only risen to 141 of 1,088 inmates, holding steady at the 12 percent pace. In Montgomery, the total number of positive tests has topped 200, according to one report.

Like other jails in the Delaware Valley, GW Hill saw a marked drop in its inmate population, but the facility was not in control of deciding how that was administered.

“At the direction of the courts, we must adhere to county and state requirements regarding inmate releases, which is exactly what we were required to do throughout the pandemic,” Byrne said. “This is how the inmate population dropped below 1,000, which is about half of the total capacity.”

Byrne also credits the quick decision to quarantine an employee who tested positive early on in the crisis as a decision that drastically cut the spread of the virus. The prison contacted the state Department of Health (DOH) about that employee on March 13.

As a point of comparison, it was only on March 16 that the DOH said it believed to have identified the first cases of “community spread” in the entire commonwealth — community spread defined as those cases in which someone gets the virus with no known contact with a carrier.

Nearly all jails and prisons in Pennsylvania have suspended visitations, but Byrne says his team hopes to be ready to go when those orders are lifted by installing plexiglass protections in the visitation area.

“When to resume in-person visitation is not our call — that is exclusively decided by the county — but the environment we have created at the facility makes it more likely that it will be able to be done sooner rather than later,” Byrne said.