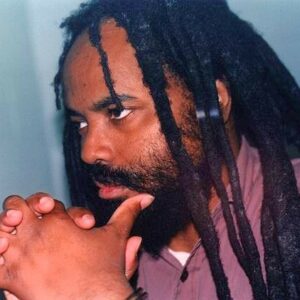 State corrections officials confirmed the payment to Abu-Jamal, the former WHYY radio journalist who was convicted of the 1981 killing of Philadelphia police officer Daniel Faulkner.

He’s among the most high-profile prisoners in the Keystone State to receive a payout, much to the chagrin of those who have opposed his release over the years.

During the debate over the American Rescue Plan Act — Biden’s $1.9 trillion COVID bill passed on a straight party-line vote — a GOP-backed amendment denying COVID dollars to criminals in prison was defeated in a 49-50 vote. Republican Sen. Pat Toomey voted for the amendment, while Casey and the entire Democratic caucus voted against it. A single Democrat’s “yes” vote would have moved the ban forward.

“Whoever authorized the mailings of those checks out should be shot,” said Bochetto, who recently announced he was joining a crowded field of GOP candidates seeking to replace the retiring Toomey. “To send murderers $1,400 in prison is both a complete utter and waste of money, and it sends the absolute wrong message.”

The 2021 relief checks to prisoners became a national story last week when news broke that Boston Marathon bomber Dzhokhar Tsarnaev had received a payment. Federal prosecutors have asked a judge to allow them to seize the funds as restitution to victims of the 2013 terrorist attack. The judge had yet to rule as of Tuesday, according to The Wall Street Journal.

Bochetto said he expects Faulker’s widow to be “outraged” when informed her husband’s killer had received a government handout.

“What’s he supposed to buy – a color TV set for his cell?” Bochetto said. “Why should he be doing it at my expense?”

Opponents of the Biden relief bill argued at the time it was too big and spent too much money on non-COVID-related items. Popular at the time it passed, the massive spending bill is now being blamed for contributing to the inflation currently plaguing the economy. Even Biden has acknowledged his spending plan is part of the problem.

But money going to terrorist bombers and convicted cop killers is, for some, beyond the pale.

“On what planet could someone justify sending a taxpayer-funded check to the man who killed and wounded hundreds of Americans in a terrorist attack?” demanded the National Republican Senatorial Committee in a statement.

Abu-Jamal has been described by The New York Times as “perhaps the world’s best-known death-row inmate,’” and his case has become a cause celebre among progressives and social-justice activists. While some claim he’s wrongly convicted, his conviction has been upheld by the U.S. District Court for the Eastern District of Pennsylvania, the Third Circuit Court, the Supreme Court of Pennsylvania, and the U.S. Supreme Court. Abu-Jamal’s death sentence, however, was vacated by the District Court in 2001 over questions about jury instructions during the sentencing phase.

“I think that Toomey got it right, and I think Casey got it totally wrong,” Bochetto said about the vote on the payments. “It’s an insult to every taxpayer. I don’t want my taxes going to cop killers sitting in prison.”