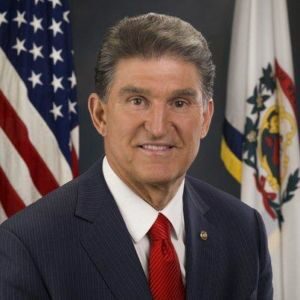 Throughout Joe Biden’s presidency, Sen. Joe Manchin, D-W.Va., has acted as a check on his party’s worst excesses. Manchin has stopped billions, possibly trillions, of unaffordable government spending. He trimmed bills into a reasonable state and was the key voice bringing, for instance, the Biden infrastructure bill from $715 billion down to $550 billion of new spending.

Manchin has generally been a voice of moderation in a party under pressure from its most fervent Big Government voices. As inflation strains household budgets and recession threatens our economy, imagine how much worse off we would be without Manchin.

After all that, he caved. The now infamous deal struck with Senate Majority Leader Chuck Schumer means the absurdly named “Inflation Reduction Act,” which includes $369 billion worth of climate spending, can go forward in Congress.

There are protectionist tax credits for electric vehicles with bureaucratic hurdles such as “Made in America” provisions, income limitations and maximum vehicle value restrictions. Red tape, not the consumer, is the real winner.

The bill will also make offshore oil drilling more expensive, which can only increase energy prices. The royalty rate to the government for offshore oil will increase by a third. The minimum amount one can bid for an offshore oil lease is going up. So is the annual rental rate for holding such a lease. There will be new fees on methane leakage at oil and gas sites, including transmission and processing facilities, and royalties on flared gas.

And while the bill does include some incentives for opening up new offshore oil leases, those offshore rigs will still face years of slow, inefficient regulatory processes such as environmental impact statements before oil can come out of the ground.

What does it all mean? Your energy bill every month will be higher. You’ll pay more at the pump to fill up your car — even if you own an electric vehicle. Sixty percent of power still comes from fossil fuels, after all, so even Tesla owners will be paying more for using their cars.

Climate bills aim to make fossil fuels more expensive and make renewables seem less expensive by subsidizing them. To that end, the bill includes $60 billion for domestic manufacturing of clean energy, including solar panels, wind turbines, batteries and mining. But those incentives will take time to take effect, and new manufacturers and renewable energy providers in the meantime will have to navigate regulations and red tape at both the state and federal levels.

Meanwhile, the penalties — the disincentives against fossil fuels — have no delay. They go into effect immediately, punishing energy producers with higher taxes, fees and penalties, leading to price hikes. Manchin and the Democrats put the cart before the horse. They’re trying to transition Americans to a renewable energy world that simply doesn’t exist. And in the end, people will suffer as energy costs skyrocket.

That can’t bode well for Democrats come election time, with people upset about higher prices at the pump, the grocery store and their energy bills. Even in Manchin’s home state of West Virginia, a potential Republican challenger for his Senate seat is already attacking Manchin’s support of the Inflation Reduction Act for “betraying West Virginia and destroying our economy.”

Manchin made his choice. And in 2024, voters in the Mountain State might feel done with those bad policies.

Sam Rutzick is a research associate with the Competitive Enterprise Institute. He wrote this for InsideSources.com.