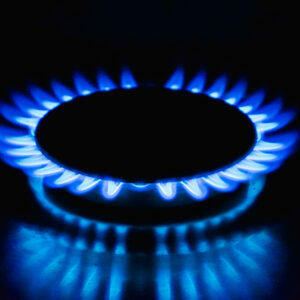 Consumer Safety Agency Says It’s Not Coming After Your Gas Stove — Yet.

The Consumer Product Safety Commission (CPSC) chair has a message for America: No, we are not coming for your gas stoves. At least, not yet.

A news report from Bloomberg quoting CPSC commissioner Richard Trumka saying a ban on gas stoves and ranges is “on the table” sparked an immediate backlash. Even President Joe Biden felt the need to disavow his appointee’s statement.

At issue are a handful of studies claiming gas stoves are a health risk. For example, a report published in the “International Journal of Environmental Research and Public Health” claims more than 12 percent of current childhood asthma cases in the U.S. can be attributed to gas stove use.

Trumka now says gas stovetops are “a hidden hazard” adding, “Products that can’t be made safe can be banned.”

Now the head of the CPSC is seeking to assure American consumers that their gas appliances are safe. “The CPSC has no proceeding to do so,” said Chairman Alexander Hoehn-Saric in a Wednesday statement. But he added, “CPSC is researching gas emissions in stoves and exploring new ways to address any health risks.” And the CPSC is asking for public comment “about gas stoves and potential solutions for reducing any associated risks.”

In other words, the issue is far from settled. But if the CSPC intends to move forward, it should be prepared for a bipartisan fight.

“This is a recipe for disaster. The federal government has no business telling American families how to cook their dinner,” said Sen. Joe Manchin (D-W.V.). “I can tell you the last thing that would never leave my house is the gas stove that we cook on.”

Supporters of consumer choice and free markets dismissed the science as thin -and the response as heavy-handed.

“This debate to me seems to be totally out of proportion from the benefits that Americans have because of fuels like natural gas for cooking and the health benefits from it —  especially in relation to other options out there,” said Katie Tubb, Research Fellow at the Center for Energy, Climate, and Environment at The Heritage Foundation. “A lot of people from Africa, China, and India would love access to natural gas as a cooking fuel because the alternatives there are quite poor.”

And the American Gas Association (AGA) called the claims in the International Journal report cited by CPSC “not substantiated by sound science.”

“Any discussion or perpetuation of the allegations in this report which is funded by non-governmental organizations to advance their agenda to remove consumer energy choice and the option of natural gas is reckless,” the AGA said. The industry group also accused the authors of the study in question of “ignoring literature, including one study of data collected from more than 500,000 children in 47 countries that ‘detected no evidence of an association between the use of gas as a cooking fuel and either asthma symptoms or asthma diagnosis.’

“Any allegation that gas stoves exceed standards set by the Environmental Protection Agency and the World Health Organization is patently false.”

Climate activists have been targeting natural gas use in homes and businesses for years, in part by banning natural gas hookups in new construction. New York City has already passed such a ban, and New York Gov. Kathy Hochul hopes to do the same statewide. In California, nearly 70 communities have imposed restrictions on natural gas. In response, some 20 states have passed “consumer choice” bills preventing local governments from banning natural gas.

Cooking with hydrocarbons like gas has been common in U.S. and European households since the late 19th century. There has never been a serious concern about air quality before. Why now?

Marc Morano of Climate Depot, a project of the Committee for a Constructive Tomorrow (CFACT), said fear is what often drives a lot of government or unelected bureaucratic board efforts to find ways to reduce the use of fossil fuels.

“When it comes to cooking anything, there’s all sorts of emissions, particulate matter in your home and it comes down to ventilation, but gas stoves have not been shown to be causing any kind of health crisis,” said Morano. “This is a political decision, knowing that climate is not going to scare people, so now they are going after ‘this is going to hurt your kids so we have to ban.’”

Marc Brown, vice president of state affairs at Consumer Energy Alliance said a gas stove ban is one of the last things that families in places such as New England need at a time of high energy prices and unstable electricity. Based on that, Brown said one would think Washington would focus on making it easier to secure reliable, affordable energy.

“Instead, D.C. bureaucrats want to declare a misguided war on your kitchen by embracing fear-mongering over families—all based on a ‘study’ that is all style and no substance,” Brown said.

And far from ending the debate, the CSPC released a statement on Wednesday that explicitly left the door open for future action.

“Agency staff plans to start gathering data and perspectives from the public on potential hazards associated with gas stoves, and proposed solutions to those hazards later this year,” the commission said. “Commission staff also continues to work with voluntary standards organizations to examine gas stove emissions and address potential hazards.”

If gas stoves are banned, would gas grills at backyard barbecues follow? And where would the electricity to power these new appliances come from? More than 60 percent of U.S. electricity production is from fossil fuels, with natural gas as the number one source — and growing.

“Natural gas utilities have reduced their greenhouse gas emissions by 69 percent since 1990, and they help homeowners reduce their carbon emissions 1.2 percent every year,” the AGA said. “Any efforts to ban highly efficient natural gas stoves should raise alarm bells for the 187 million Americans who depend on this essential fuel every day.”