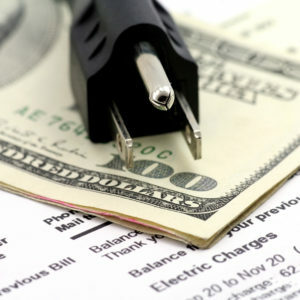 “The United States has experienced its second consecutive quarter of negative GDP growth, and American consumers are facing record high inflation,” the letter says in part. “We share the goal of addressing climate change, as evidenced in the policies we support and in the actions that we take every day. However, the considerable tax increases and new government spending in the IRA amount to the wrong policies at the wrong time.”

The so-called “Inflation Reduction Act” would “impose an $11.7 billion tax on crude oil and petroleum products. At a time of record-high energy prices, Congress should not add additional costs on American energy companies competing globally,” the letter adds.

“It’s really just a lot of new costs that are really going to amount to costs on consumers at a time of record inflation, at a time of recession and make it harder for American companies to produce the energy we need,” said Jonathan Lutz, associate director of American Petroleum Institute (API) Pennsylvania.

PMA president David N. Taylor told DVJournal the problems don’t end with higher energy prices. “Half of the tax increases in the bill will fall on manufacturers, the same sector the Biden administration says they want to help,” he said. “As Bernie Sanders and others have admitted, the ‘Inflation Reduction Act’ has nothing to do with inflation and is just an excuse to enact the rest of Biden’s big-government agenda. If this abomination is enacted, expect the U.S. economy to move deeper into recession.”

The House is expected to vote on the bill as soon as Friday, and all of the Democrats in the Pennsylvania delegation have expressed their support. Given there are no GOP votes for it, just four House Democrats could keep the bill from reaching Biden’s desk.

Bucks County Republican Rep. Brian Fitzpatrick has expressed his concerns about the bill.

Like the trade organizations who oppose the bill, Fitzpatrick also supports confronting climate change. The debate is over the right way to do it, Lutz said.

“There are good ways to go about doing these different things as far as reducing carbon emissions and that’s not always found in legislation like this,” says Lutz.

PIOGA president and executive director Dan Weaver says the significant emissions reductions attributed to the bill and touted by its supporters are based on “emissions modeling,” which is likely to understate the difficulty of rapidly reducing emissions because modeling is far from an exact science.

“Even modelers say that ‘all models are wrong, but some models are useful,’” says Weaver. “So, basing climate change predictions and measures to address it on emissions modeling is fraught with uncertainty and unknowns.”

And then there’s the issue of taking $500 billion in new tax revenues from businesses and families.

“Even President Obama noted and rightly so the ‘last thing you want to do is raise taxes in the middle of a recession,’” says Lutz. “We think now is the wrong time and these are the wrong policies.”