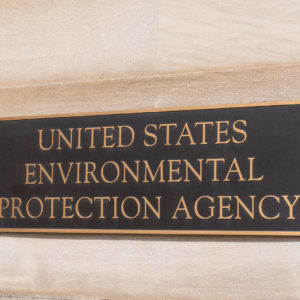 Clearing the Air on the EPA’s Coronavirus Response

To address lawmakers’ concerns, the EPA has tapped an internal watchdog to review the policy. But no matter how hard they look, the investigators won’t find anything close to what Democrats have suggested.

Contrary to what outraged environmentalists claim, the EPA wasn’t trying to sneak in a regulatory rollback as part of a pandemic relief plan.

These temporary waivers simply made it easier for energy producers to protect their workers without incurring a fine for not keeping up with paperwork and reporting requirements during the pandemic. The EPA shouldn’t shy away from issuing these waivers when needed.

Restrictions on non-essential workers made it hard for these firms to meet every federal reporting requirement. Since noncompliance leads to hefty fines, energy firms had a choice. They could force staff to come back to work and risk spreading the virus. Or they could shut down, eliminate jobs, and deal a blow to our nation’s already struggling economy.

The EPA’s memo gave energy firms a way out of this dilemma. In light of the pandemic, the agency announced it would grant exemptions for certain routine reporting and monitoring requirements for drilling sites.

Environmentalists claimed the EPA memo would make it easier for energy firms to skirt emission limits. The Union of Concerned Scientists accused the agency of using the COVID-19 crisis to “make another crisis like climate change worse.”

Cynthia Giles, who ran the EPA’s Office of Enforcement during the Obama administration, called the memo a “nationwide waiver of environmental rules for the indefinite future.”

These accusations are false. EPA clearly stated it would only grant exemptions if the agency determines “noncompliance was caused by the COVID-19 pandemic.” And the agency still enforced limits on regulated pollutants.

Contrary to environmentalists’ and partisan congressional Democrats’ claims, EPA’s action didn’t give energy producers the green light to pollute. It merely allowed energy companies to focus their limited resources and personnel on energy production to ensure Americans can heat and power their homes throughout this crisis.

There’s nothing unusual with this type of temporary relief. The federal government has often modified reporting and accounting requirements during crises.

What’s the difference? It must be the person in the Oval office making the decision. Pure politics!

In the past, EPA has seen fit to waive compliance requirements for energy producers in response to temporary, localized natural disasters. It makes perfect sense that the agency would have a similar response to an unprecedented pandemic that has dealt a financial blow to the energy industry.

The EPA ruling was not a pollution permission slip. It was a necessary, reasonable response to a once-in-a-lifetime crisis.

H. Sterling Burnett is a senior fellow on energy and the environment at The Heartland Institute.