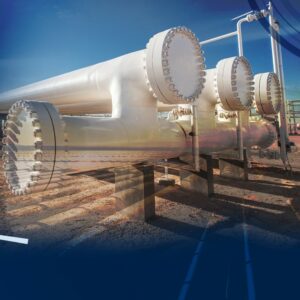 The Chester County D.A.’s office (DAO) announced a civil suit against Energy Transfer Thursday as part of a consent decree process related to the completion of the Mariner East 2 pipeline project.

“The complaint seeks to stop or reduce the number of nuisances that risk the health, safety, and welfare of Chester County residents created by the defendants during the construction, drilling, installation, and other activities connected with the Mariner East Pipeline System,” according to a statement from Chester County D.A. Deb Ryan’s office.

The 350-mile pipeline is a key part of Pennsylvania’s energy infrastructure, bringing natural gas liquids from the Marcellus Shale region in western Pennsylvania to the Marcus Hook Industrial Complex in Delaware County.

While pipeline opponents may cheer any legal action taken against the project, the consent decree in no way is intended to prevent the pipeline from being completed.

‘We are not stopping the pipeline, nor do we want to,” Seth Weber, a special prosecutor with the Chester County DAO, told Delaware Valley Journal. “What we don’t want is for Sunoco to violate their permits or to cut corners, or violate environmental statutes.”

Energy Transfer acknowledges that, as with any major construction project, there have been issues with the pipeline. But they reject the claim that the company has acted improperly. And supporters of the pipeline suggest Thursday’s civil suit announcement is just the latest in a series of politically motivated actions by the Chester County DA.

In December 2018, for example, then-District Attorney Thomas P. Hogan made a high-profile announcement of a criminal investigation into the pipeline’s construction, accusing state agencies of not holding Energy Transfer accountable.

But instead of filing charges for criminal environmental wrongdoing, six months later, Hogan announced he was withdrawing his bid for re-election.

The one criminal case related to the pipeline, begun under Hogan and carried forward by Ryan, involved allegations the company bribed constables to act as private security for the project. A magisterial district judge dismissed all 54 felony counts against ET’s security manager Frank Recknagel in that case last June.

Weber rejects charges that the DA’s actions are politically motivated. “This isn’t a political case, it’s an environmental case. If it were political, we could have investigated for years and found nothing. This case is solely based on the facts.”

The company argues the consent decree process shows they’ve obeyed the law and worked closely with environmental inspectors. Now they are looking ahead to the completion of the pipeline.