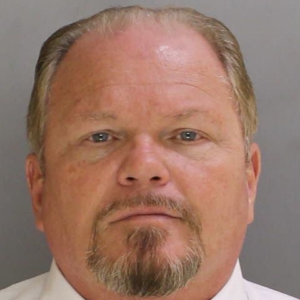 A magisterial district judge on Thursday dismissed all 54 felony counts against a security guard accused of bribing two constables to act as private security for the Mariner East Pipleline project.

The Chester County District Attorney’s office had alleged that Frank Recknagel, a security manager for Energy Transfer Partners, hid payments to constables to act as security guards along parts of the pipeline to conceal that the company was “buying” the perception of police enforcement.

Constables can do individually contracted security work, but not while using their badge or other official items of their position, as was alleged in this case.

“Energy Transfer wanted the power of the badge to enforce their corporate will and engaged in illegal activity to make it happen,” the DA’s office said when first announcing the charges last year.

Nicholas Wachinski is an attorney who has represented constables in the past, and he believes the ruling was correct.

“I cannot speak to exactly what the judge looked at because I am not the judge and I wasn’t in the courtroom, but I suspect the judge looked at the evidence that was presented and when he applied the law, he determined that no crime was committed.  Which is the right conclusion based on my understanding of the facts of this case.”

No one at the Chester County DA’s office was immediately available for comment Friday afternoon. However, KYW radio reported that DA Deb Ryan had said her office did not agree with the judge’s decision but respected it all the same.

Energy Transfer issued a statement accusing the DA of “overreach” and reaffirming their support of Recknagel.

“We are delighted for Frank and his family. The Court found there was no legal basis for the charges against Frank and ordered all charges dismissed.  This ruling vindicated him and recognized his professionalism and cooperation with local law enforcement in and around Chester County with regard to the security operations of Energy Transfer,” the statement reads.

“The Chester County District Attorney’s Office overreached on this case, and despite our cooperation and transparency with the DA’s office, the DA still proceeded with this matter. Frank remains a valued member of the Energy Transfer family, as he has been for many years. Energy Transfer remains committed to being a good corporate citizen in Chester County and the Commonwealth.”

The charges were initially brought under the administration of the previous district attorney Tom Hogan, who was replaced by Ryan in January.

Wachinski said the other six people charged in the case, including two constables, are scheduled to return to court in October. He credits most of that delay to the backlog created by court closures due to the coronavirus crisis.