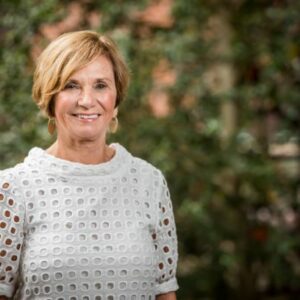 At its quadrennial reorganization meeting last night, held virtually, the Chester County Democratic Committee (CCDC) voted to continue with the leadership team that began its work last year. That team, led by Chairwoman Charlotte Valyo and Vice Chair Jerry Pyne, was rewarded with a four-year term for successfully continuing the election trends began in 2017 to elect Democrats to local and county positions and provide strong majorities for state-wide Democratic victories. Also re-elected to their current positions were Alex Treplyakov as Secretary and Elva Bankins Baxter as Treasurer. Voting for these positions plus the CCDC Audit Committee were 332 attending precinct committeepersons or their proxies who were elected in the May 17, 2022 Primary Election, many serving for the first time.

In her pitch to the Committee for re-election and subsequent message afterwards, Chairwoman Valyo centered on two elements that she believes are intertwined and necessary for Democrats: Unity and Focus.  Valyo reiterated the purpose and goal of the organization: “CCDC is the voice and face of the Democratic Party in Chester County. We are a political committee whose mission is to elect Democratic candidates at every level. Our success is measured by election results and our ability to financially support our zones and candidates, providing the resources they require to win.”

The reorganization will continue in the coming weeks with naming of working committee chairpersons and members of the CCDC Executive Committee. In addition, with 2022 redistricting, many of the 20 area ‘zones’ that make up the Chester County Democrats’ extended field organization may be modified to more closely align with new state house districts. The Chester County Democratic Committee looks forward to the 2022 campaign season ahead confident that their hard work, voter outreach, strong candidates, and messaging will continue to appeal to Chester County voters.