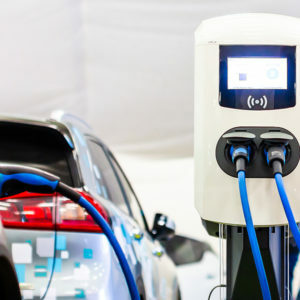 CARUSO: Why PA Can’t Afford to Be Next in the EV Mandate Plague

Interest in electric vehicles has been popular among public officials this year. Even President Joe Biden issued an executive order in August incentivizing EV sales. They are a key part of the “Build Back Better” framework the White House released Thursday.

Now we are seeing this issue gain traction in Pennsylvania. Gov. Tom Wolf should know his state’s economy depends greatly on natural gas for jobs, economic activity, and supporting most residents’ transportation needs.

Natural gas produced in places like Pennsylvania can be converted to liquid fuel – such as gasoline – and is directly stored in the fuel tanks, sent to the combustion chamber, and ignited to make your car drive. We have all seen the signs on public busses saying “this bus runs on natural gas.”

Yet Wolf is disregarding that fact by proposing measures that would also deny consumers a choice for their vehicle use and ignore the clear environmental downsides about EVs.

The proposals laid out in the Pennsylvania Climate Action Plan surrounding electric vehicles are far too ambitious and give preferential treatment to programs that won’t be beneficial to the state. The Drive Electric PA (DEPA) Coalition, Alternative Fuels Incentive Grant (AFIG), and the C-PACE expansion are just a few programs that give clean energy unfair advantages and take away from funding for the already clean and profitable natural gas industry. The AFIG sets up four different incentive programs that provide things such as rebates to people who use alternative fuels. C-PACE expansion gives benefits to businesses like low-interest loans only for clean energy efforts. The plan itself notes the significant upfront costs that will be required to make any of it possible.

The natural gas industry has a unique importance to Pennsylvania, and this resource is a key element in traditional vehicles. Pennsylvania is the second-largest producer of natural gas in the U.S., making it a net exporter of gas to other states and countries. The sector supported half a million jobs in 2019 and contributed $78.4 billion. These unique statistics make it all the more concerning that public officials are considering subjecting Pennsylvania to other states’ standards. For example, the Zero Emission Vehicle (ZEV) Program in California is emulated in the PA Climate Action Plan. It would essentially implement a part of California’s smog and pollution control standards with the requirement of a percentage of electric vehicles in the state, even though California’s and Pennsylvania’s climates are on opposite ends of the spectrum. In addition, those two states’ economies are vastly different. California does not depend on a natural gas industry for driving economic activity as Pennsylvania does.

To force this kind of mandate on a state like Pennsylvania makes no sense. One argument Pennsylvania officials have enjoyed using thus far is that analysis shows even though EVs require a large upfront investment, they will eventually be cost-effective. As a former administrator for the U.S. Energy Information Administration, I have devoted my career to prioritizing the reliance on credible and accurate data for informing sensible policymaking. With electric vehicles on average costing $13,000 more than typical combustion vehicles, it would take an extraordinary amount of time to see the returns that are being predicted, if ever.

Electric vehicles may have some benefits for reducing emissions, but they are by no means a silver bullet solution. A recent Brattle Group study shows the switch to require these cars that use massive amounts of electricity will put a large strain on power production. There is also a misconception behind how they emit a significantly less amount of greenhouse gasses. Electric vehicles are not zero-emissions vehicles. In reality, all types of vehicles produce emissions at some point, even electric vehicles. During the manufacturing phase of electric vehicles down to having to charge them, there is still emission of carbon involved. The more you have to charge the battery the more worn down it gets, resulting in it losing its ability to maintain charge and increasing methane emissions by up to 16 percent. If we try to move towards EVs too quickly, we won’t have enough power to fuel the production, and our need for electricity will grow too quickly.  Current EIA data shows that 19 percent of electricity still comes from coal, a fuel source with a higher emissions intensity. Using more coal-fired electricity to power electric vehicles will therefore undercut any potential emissions reductions benefits with EVs.

Mandates for EVs are being proposed in various states, and to some degree are even included in the $3.5 trillion Reconciliation bill being put forth by Congress. It is high time we take a look at all the options and all the facts, instead of forcing something that does not meet the needs of most Pennsylvania residents.