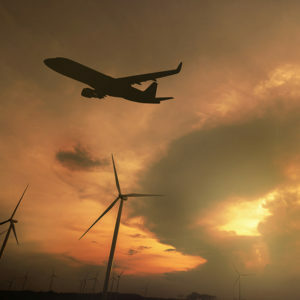 Candidates Speak Out on ‘Ghost Flights’ of Illegals into PA

The specter of charter planes landing in the dead of night at Wilkes-Barre Scranton International Airport carrying unaccompanied illegal immigrant minors has become a campaign issue for the GOP.

Republican Lou Barletta, a former mayor and congressman now running for governor in 2022, called out Democrats Gov. Tom Wolf and Attorney General Josh Shapiro for their lack of action on the issue. Barletta, a longtime opponent of illegal immigration, told the Delaware Valley Journal he would bus illegal aliens to President Joe Biden’s home state of Delaware if the federal government continued to ship them to the Keystone State. And he raised the issue of the ghost flights in a DVJournal podcast.

“We can’t let the federal government just drop people off in this country in the middle of the night without any background on who they are or what their health and COVID status is. This nonsense stops when I’m governor,” Barletta said on Facebook.

Shapiro, a Democrat, is also running to replace the term-limited Wolf. Shapiro’s spokeswoman deferred a request for comment to the federal Health & Human Services Department, which did not immediately respond.

“It has been confirmed that there have been four clandestine charter flights of illegal immigrants from El Paso, Texas to northeast Pennsylvania: On December 11, December 17, and twice on Christmas night. Further flights are expected on December 30 and 31,” Barletta said on his campaign website.

He also sent a letter to Wolf and Shapiro concerning the flights.

“While the federal Department of Health and Human Services claims that minors on the flights have been given ‘catch-up’ vaccines for a variety of diseases, it is difficult to comprehend how that could be the case. Under Pennsylvania law, children are required to be immunized against many diseases, and some require multiple doses spread out over long periods of time,” Barletta said.

“I asked Gov. Wolf, did he know about this? Were they vaccinated?” Barletta said during a Fox News appearance last week. “And I’m not only talking about COVID. Pennsylvania law requires any minors, before they can go to school, to [be vaccinated for] polio, hepatitis, mumps, measles, chickenpox. Were criminal background checks done? And where were they going? Shouldn’t the people in those communities, those school districts, know? And there was no answer at all.”

Wolf spokesperson Elizabeth Rementer said the governor viewed it as a federal issue.

“As any elected official should know, immigration is a federal matter; instead of making this a political PR stunt, their questions are best directed to the federal government,” Rementer said. “That said, the administration sought further information from the federal Department of Health and Human Services. Had any of the elected officials sending letters/statements asked, they would have received the same information that we have from HHS.  Over recent weeks, unaccompanied children passed through the Wilkes-Barre airport en route to their final destination to be unified with their parents or vetted sponsor. These were not ICE flights as the legislators have claimed.”

Rementer also claimed the children being brought to the state are vaccinated and those with symptoms must quarantine.

“While traveling, unaccompanied children are required to wear masks and follow all federal guidelines for safe air travel,” said Rementer.

Jessica Vaughan of the Center for Immigration Studies, said, “This conversation gets right to the heart of the border problem – it is the states that have to bear the fiscal and security burden of the Biden administration’s policy to allow unlimited entry of families and kids crossing the border illegally. The states and localities where the migrants are settling are not consulted, or even informed, about who is arriving, yet they will have to provide education, social services, jobs and housing for them indefinitely, not to mention deal with the few among the migrants who turn out to be criminals. Biden is doing this in the dead of night because he can’t defend the policy in the light of day.”

Former U.S. Attorney Bill McSwain, also a GOP candidate for governor, said he would stop the flights if he were governor.

“We are a nation of laws. This requires our government leaders to uphold the rule of law – and not do things like transport illegal immigrants into Pennsylvania in the dead of night,” McSwain said in a statement. “These ‘ghost flights’ are a slap in the face to law-abiding Pennsylvanians and yet another example of Joe Biden’s willingness to prioritize taxpayer-funded accommodation of lawbreakers over the safety of American citizens. The people of Pennsylvania deserve better than to be duped into receiving hundreds of unvetted illegal immigrants into their communities.”

State Sen. Doug Mastriano, (R-York) who is expected to announce his gubernatorial candidacy on Jan. 8, also sent Wolf a letter claiming flights with more than 100 illegal immigrants have landed in both Erie and Scranton. He asked if state funds were used for these immigrants and called upon the governor to stop the flights as well.

“Our own citizens have serious needs,” said Mastriano. “And it is irresponsible to divert any resources to those who are in the country illegally.”

Dave White, former Delaware County councilman and gubernatorial candidate, also weighed in. “Rather than conducting these flights with illegal immigrants under the cloak of darkness, Pennsylvanians deserve transparency. With spikes in crime and COVID-19 infections spreading, we cannot allow Joe Biden’s open border policies to spread to Pennsylvania. Unfortunately, Biden, Tom Wolf, and Josh Shapiro have embraced and rewarded lawlessness.”

Carla Sands, a Republican running for U.S. Senate, took to Facebook to express her concerns.

“Biden has left our borders wide open and now Pennsylvanians are paying the price. Four ghost flights packed with illegal immigrants landed in Scranton just a few days ago. This is Biden’s mess but it’s all part of his open borders agenda,” she said. Sands, a former ambassador under Trump, called on Homeland Security Secretary Alejandro Mayorkas to resign.

GOP Senate candidate Dr. Mehmet Oz weighed in on Facebook, as well. “Biden’s border crisis has turned every state into a border state & the effects of his disastrous, open-border policies have rippled across our country, sadly even into the Wilkes Barre-Scranton area. We need strong leaders who will secure our border.”

“We can have great sympathy and heart for those particular illegal aliens coming into our country who truly want a better chance in life,” said Barnette. But she noted, “We are a nation of laws. Right now we are blowing through the Constitution like a whale moves through a net.”

A spokesperson for the Department of Homeland Security did not respond to a request for comment for this article. However, Immigration and Customs Enforcement (ICE) told the Times-Tribune that it had not organized the flights.