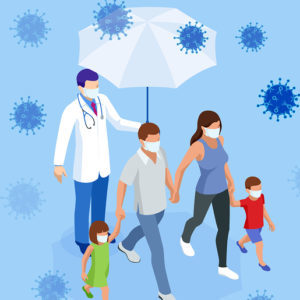 Campaigning in the Age of Coronavirus

Politicians, consultants, campaign managers — even voters: Everyone is suddenly navigating a new political landscape in the Keystone State because of the coronavirus pandemic.

With the date of the Pennsylvania primary moved to June — and no end in sight to the coronavirus fears — meeting the challenges of campaigning during a pandemic requires a mix of jumpstarting new technologies, strengthening old-school campaign methods and coming up with creative adaptations.

Look no further than Pennsylvania’s First Congressional District, where virtual reality is no longer second-hand lingo for a video game. Instead it’s a fundraising method. Democratic candidate Christina Finello hosted a virtual fundraiser on Saturday, followed by a virtual “meet and greet” Monday evening.

“While I wish I would be able to see you in-person, our campaign is following the recommendations of our state and local officials and are practicing social distancing,” the Facebook fundraising invitation from Finello read.

In contrast, Finello’s likely opponent — incumbent Republican Brian Fitzpatrick — has suspended his campaign, saying he intends to focus on “spearheading a volunteer mission in our community to collect items and provide assistance to those in need,” such as the elderly, healthcare workers and first responders.

Just down the river from Philadelphia in Delaware, former Vice President Joe Biden is trying to mobilize a national campaign while attempting to shelter in place at the same time. His first attempt at a virtual town hall turned into a technical fiasco, and he’s struggled to make his Facebook livestream appearances effective.

“I went to the supermarket to pick up a container of milk, and there was a picture of Joe Biden on the carton with the caption: ‘If you see this man, please call the 800-number below,'” an editorial writer quipped in The Hill this week.

And when virtual campaigning won’t do the trick, parties are putting more steam behind some strategies that were already in place earlier this year.

“We want folks to apply for those mail-in ballots, so that they’re getting their votes counted now regardless of the primary being April 28 or June 2nd,” Charlie O’Neill, deputy chair of the Pennsylvania GOP told Delaware Valley Journal. “We wanted that to be a priority, so that hasn’t changed.”

Chester County Democratic Committee Chair Richard Bingham said he and other party leaders see more complications arising from the coronavirus concerns than moving the primary date. With so much outdoor activity limited for the parties — and for an extended period of time — it makes all the database, email and other information gathering of the last few years that much more important.

“In one way I can look back and wish we had done more [to gather data],” Bingham told DVJournal.

“Because we are going to be largely dependent on social media, email, texting, which we’ve done some of, and we’re really going to have to do more of,” Bingham said. “We still are going to be disadvantaged for a while I suspect because there’s nothing more effective than knocking on a person’s door and having a direct conversation.”

If Democrats are looking to digital, Pennsylvania Republicans say they will likely beef up reliable and tested low-tech methods of campaigning.

“At this point in time it’s really about getting the word out to voters,” O’Neill said. “And the way that we’re really focused on that is through phone calls. So obviously, people are not knocking on doors right now and can’t meet with voters face-to-face, but what we are using is phone calls, social media, and our traditional mail programs as well.”

Even with face-to-face interactions limited, fundraising is markedly different for other coronavirus reasons.

“I don’t know that political fundraising is going to be hurt so much by the inability to hold events as it is by people clamping down on their wallets,” said Charlie Gerow, a Republican political analyst with Quantum Communications in Harrisburg. “I believe there’s going to be a lot of that, because even relatively affluent small businesses are really going to feel the pinch,” after markets have lost huge percentages and thousands have been laid off or put out of work.

And moving the primary to June creates its own unintended consequence:  The general election season gets shorter. But officials with both parties said they don’t see that as a weighty factor, deferring to the political truism that elections don’t begin until Labor Day.

Whether or not that’s still true in the era of 24/7 media is debatable. What’s certain is that the voters of the Delaware Valley are far more focused on the coronavirus crisis than they are any campaign.