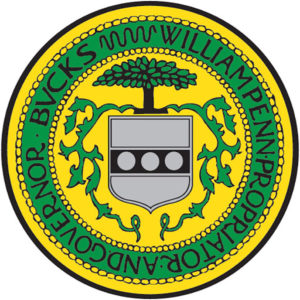 Bucks County commissioners told Gov. Tom Wolf’s administration they must know by this Wednesday what date the county can rely upon to move to the next phase of reopening the economy from the coronavirus shutdown.

Commissioners told the Wolf administration the reopening should be May 31 or earlier.

All three of the Bucks County commissioners — Diane M. Ellis-Marseglia (D), Bob Harvie (D) and Gene DiGirolamo (R) — met with Pennsylvania Secretary Rachel Levine and other members of the Wolf administration on Saturday via Skype, according to a release.

The meeting represents a breakthrough after Bucks and Delaware Counties had begun to press the Wolf administration publicly about one of the key coronavirus metrics the administration established as a marker for counties to progress from the “red” shutdown phase into the “yellow” phase of a partial reopening.

“The overwhelming majority of Bucks County has understood and agreed with the unprecedented steps which needed to be taken to contain this virus,” Commissioner Harvie said in a statement. “I’m confident that the governor will allow Bucks to move into the ‘yellow’ phase before June 4. But even in the yellow phase there will be restrictions we must abide by, and not every business will be allowed to open. Still, it will be a step forward, and a step closer to normalcy.”

In the days before the meeting, the county had been making the case that infections from nursing homes were so prominent that the county would not hit Wolf’s threshold of having fewer than “50 cases per 100,000 individuals over the course of 14 days,” to progress to yellow.

About the time Bucks commissioners were sending their first letter to Wolf appealing that benchmark, Delaware County commissioners — all Democrats — also began making the same arguments to Wolf: That nursing home infections, while serious and tragic, were not representative of how well the counties were managing the spread of the virus in the community at large.

The Democratic majorities for both the Delaware and Bucks county governments puts pressure on Wolf to move faster towards reopening from within his own party.

Twenty-four counties in Pennsylvania are already in the yellow “hybrid” reopening phase, and 13 more are set to join that group on Friday.

News on whether the negotiations were successful should come quickly, as the county set a deadline for Wolf to respond.

“We are looking forward to hearing back from the Governor’s Office by Wednesday, May 13, on a future date that Bucks County can move to the ‘yellow phase’ of reopening along with the 37 other counties in the state that have already done so. I am hopeful that date will be as soon as possible,” Commissioner Gene DiGirolamo said.

To bolster their case for the need for reliable future dates of opening, the commissioners pointed to the June 2 primary election.

“Voting in person is as social an activity as it gets,” Commissioner Marseglia said. She added that if the county were not even partially reopened by June 4, some citizens might not feel safe enough to complete their vote.

The progress between Wolf and Bucks County comes as other counties are proposing to strike out on their own, with or without the governor’s assistance or approval.

Lancaster County recently indicated it would reopen this Friday.

“Governor, we don’t question your motives, however given all that has unfolded over the past several weeks, we must question your methods,” a letter from county officials to Wolf said. “We believe we share the same goals: public health, safety and an economy that can begin to recover.”