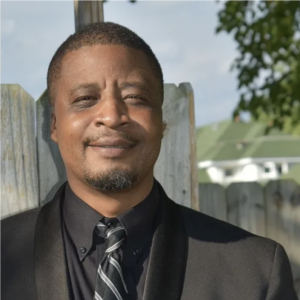 Brian Sharif Taylor, a 14-year Army veteran, is the Republican nominee for state representative in the 164th Legislative District. Taylor is running in the November 2, 2021 Special Election to fill the seat left vacant when former Democratic state Rep. Margo Davidson resigned in disgrace after she was caught stealing taxpayer money.

Taylor said he entered the race because state government and elected leaders are failing the people of his district who are concerned about mental health, food insecurity, homelessness, and lack of family-sustaining employment opportunities. Changing the way state government operates begins with a change in the mindset of elected officials, Taylor says.

“The growing political divide in our nation and the constant legislative gridlock is a direct result of too many of our politicians operating under the ‘party first’ mindset,” said Taylor. “The majority of our elected officials place a priority on allegiance to their respective political party rather than focusing on what is best for their community and the people they represent. As a result, legislation and initiatives that provide common-sense solutions to the problems facing our communities get voted down or vetoed simply because they were proposed by a politician from the opposite party.”

“It seems like the goal has now become scoring political points and making the other party look bad rather than actually approving funding and creating effective programs that help people and small businesses,” he continued. “That’s wrong and it’s causing people to lose faith and confidence in our government and elected officials. One of the things I learned in the military is that real leadership requires courage, conviction, and compassion. Those are the qualities I intend to bring with me and guide me in Harrisburg if I am elected to the legislature.”

Taylor served as a logistics specialist in the U.S. Army from 2000 until 2014, achieving the rank of sergeant prior to his retirement from the military. He also worked as a production associate for Tasty Baking Company for five years. Fueled by a desire to give back to the community and provide support to his fellow military veterans, Taylor founded the community-based non-profit TaylorMadeVets. The group supports the veteran community and its families while also working to provide viable solutions to veteran and community issues.

Taylor said that while he is registered Republican, he’s not going to blindly vote with the Republican House leadership on legislation.