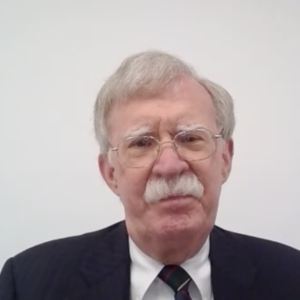 Former National Security Advisor John Bolton says he’s “surprised at how unprepared” Joe Biden appeared to be for the presidency in the arena of foreign policy, and he calls the president’s decision to kill the Keystone XL pipeline “inexplicable.”

Bolton, who has created his own political SuperPAC — perhaps in preparation for a future White House bid — told InsideSources that while it’s too soon for a “Biden Doctrine” to emerge, “you’d at least like to see some major points of emphasis, some [indication] of how he sees things unfolding.

“And in case after case, whether it be China – which I think is the existential question for the United States for the rest of the century – or Russia, where Biden has tried to distinguish himself from Trump,  you don’t see the strategic picture.”

Bolton, who has been an influential voice on American foreign policy from the right since the 1980s, noted Biden has got a long resume in public policy as well. And yet, Bolton believes, Biden’s performance is subpar.

“I’m actually quite surprised at how unprepared Biden seems to be in many respects,” Bolton said. “It just surprises me that his people seem to be repeating kind of stock phrases, without seeing a lot of policies thus far.”

Bolton suggested timing may be responsible for part of the lack of progress.

“I think Biden has wanted to focus on ending the pandemic restrictions. Obviously, we all want to see the economy returned to growth and normality. So he’s really downplayed foreign policy.”

While Biden campaigned on his decades of involvement in international affairs – he was first elected to the Senate during the Nixon administration – reviews of his foreign policy proposals have often been less than kind. “I think he has been wrong on nearly every major foreign policy and national security issue over the past four decades,” former secretary of defense Bob Gates wrote in 2014. Gates, who served as secretary under both George W. Bush and Barack Obama, reiterated that view as recently as 2019.

For example, Biden is one of the few Democrats who opposed the 1991 Persian Gulf War to push Saddam Hussein out of Kuwait – now widely viewed as a military and foreign policy triumph – but backed the far more problematic invasion of Iraq in 2003. He also opposed the raid that killed Osama bin Laden and said in 2011, ‘The Taliban, per se, is not our enemy.”

A recent foreign policy move that caught Bolton’s attention was the decision to halt the Keystone XL pipeline while lifting sanctions designed to stop Russia from extending the Nord Stream 2 pipeline to Germany.

“It’s inexplicable why a president who said he wanted more American jobs and wants to emphasize our economic strengths would not have gone ahead with Keystone,” Bolton said. “It’s not like the pipeline is environmentally unsound. The only argument you can make is that you don’t have any new hydrocarbon development at all. And that isn’t going to happen for decades and decades to come, even under the most ‘green’ assertions people could make.”

Before TC Energy (formerly TransCanada) pulled the plug last week, the Keystone XL pipeline was supported by Canadian leaders on both the left and right, who argued the oil the pipeline was designed to carry to the U.S. could end up on ships headed to China instead.

The Washington Post wrote Biden’s decision “signals a rocky start with Canada.” By following it with his call to end sanctions stopping the Nord Stream 2 pipeline, Bolton argues, Biden’s taking a foreign-policy asset off the West’s table while handing leverage to Vladimir Putin.

“The Baltic gas pipeline from Russia to Germany is a good example of the lack of clarity in the Biden foreign policy,” Bolton said “Biden first says he doesn’t want the pipeline completed. He acknowledges that U. S. statutes trigger sanctions. And then he waives the sanctions.

“So what is it? You want the pipeline, or you don’t want the pipeline? And I think that kind of uncertainty risks undermining his credibility very early in his administration and people don’t know what he’s really about.

“It’s hard to have faith in his judgment,” Bolton added.