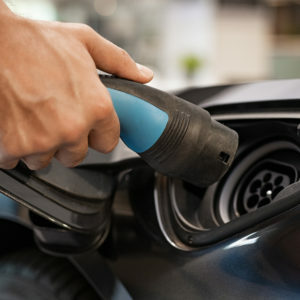 Pennsylvania taxpayers subsidize electric vehicles (EVs). Pennsylvania politicians hold press conferences promoting electric cars, too. But the one thing almost nobody in Pennsylvania is prepared to do is actually drive them.

Of the approximately 12 million vehicles registered in Pennsylvania, just over 15,000 are EVs. Another 43,000 are hybrids. There are twice as many school buses in Pennsylvania as electric vehicles.

Advocates for electric vehicles have embraced President Joe Biden’s proposal in his American Jobs Plan to spend $15 billion building a national network of 500,000 charging stations. Half a million stations would be a big leap from the number of stations presently available in the United States. In March, the Department of Energy’s Alternative Fuel Data Center celebrated the “milestone” of 100,000 public chargers.

But critics are asking if the $15 billion on charging stations is setting up billions more in taxpayer spending on electric vehicles in the future. Once there’s such a large sunk cost on the EV infrastructure, it will be harder to say no to subsidies on the use of the electric cars.

“’If you build it, they will come’ does not work for EV charging stations,” says Ben Lieberman of the Competitive Enterprise Institute (CEI) in Washington. “Billions of tax dollars have already been spent, yet all but a few percent of new car buyers prefer gasoline-powered vehicles, (so) throwing even more money at both the charging infrastructure is not likely to make a difference.”

“A government program funding charging stations is another green energy boondoggle that likely would create mostly unused facilities ignored by people who would continue to drive what they prefer: gasoline- and diesel-powered cars and trucks that are cheaper and more efficient than electric vehicles,” says Tomb. “Electric vehicles are one more green fetish with little basis in reality.”

EV advocates may disagree with that assessment, but the data show taxpayer subsidies have yet to generate significant demand for the vehicles. And in an era focused on economic equity, it’s also notable that these tax dollars overwhelmingly go to upper-income Americans.

“EVs are purchased by the middle class and the middle-upper-class,” said David Williams, president of the Washington-based Taxpayers Protection Alliance. “These are not vehicles that are purchased by lower-middle-class or lower-income folks, so this is money that is going to people that really don’t need it.”

“This is corporate welfare,” Williams added, noting that the federal government has been offering $7,500 per vehicle subsidies since 2010. Biden’s plan is to hit the accelerator and pour $174 billion into EVs — twice as much as his proposed infrastructure spending on railroads and public transportation.

Pennsylvania also offers a $750 rebate on electric vehicle purchases and $500 on hybrids.

The Biden Administration says this investment is necessary to fight climate change. But Tomb points to a 2019 Manhattan Institute report which found that even if the number of the world’s electric vehicles were to increase 100-fold, global oil demand would decrease by a mere six percent.

“And converting the world to all-electric vehicles would require 8 trillion lithium batteries — a quantity that would make up a football stadium-size stack extending 50 miles up to the edge of outer space, according to Dr. Scott Tinker, director of the Bureau of Economic Geology at the University of Texas at Austin,” said Tomb.

A Consumer Reports survey published in December 2020 found seven out of 10 Americans are open to purchasing an electric vehicle. Five out of 10 drivers said there are not enough public charging stations. 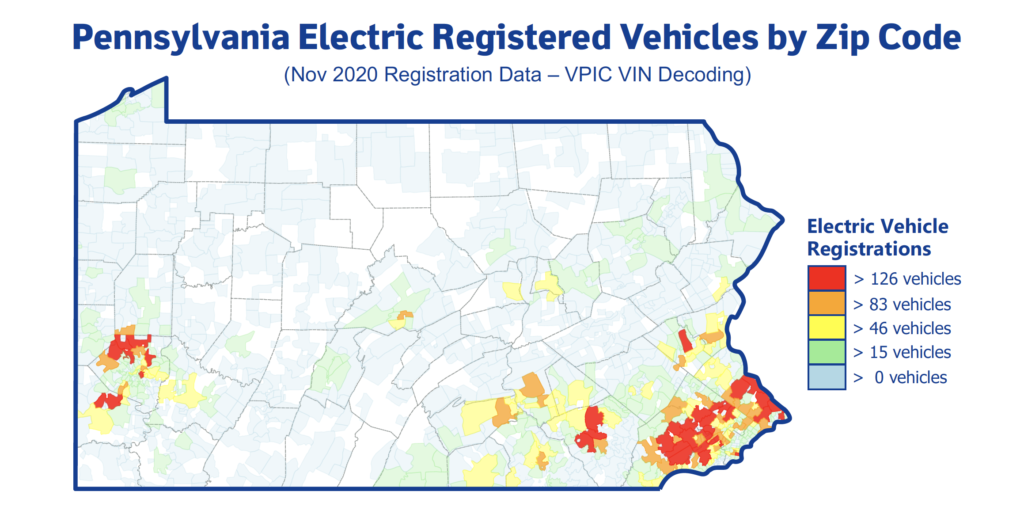 More than 40 percent of all the EVs registered in Pennsylvania are in the four Delaware Valley counties of Bucks, Chester, Delaware and Montgomery county — yet another sign that they are favored by higher-income drivers. The Biden administration is betting that, if it spends enough money, it can change that map.