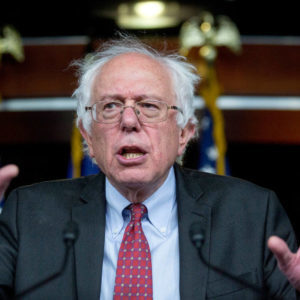 Bernie Bows Out. What Does That Mean for Pennsylvania Dems?

Pennsylvania was one of at least 16 states that delayed its election due to the coronavirus, pushing back its primary from April 28 to June 2. Now Keystone State Democrats will have a presidential primary with a de facto nominee (Biden) and a progressive activist who has suspended his campaign but is leaving his name on the ballot. Sanders said on Tuesday his goal is to continue to collect delegates for the Democratic National Convention, “where we will be able to exert significant influence over the party platform.”

What will the combination of a pandemic and a pro forma presidential primary do to voter turnout in June? Nobody knows.

Few observers predicted Sanders would perform well in Pennsylvania, Joe Biden’s home state and the site of his campaign headquarters. A Philadelphia Inquirer analysis from two weeks ago noted that Biden was winning the race for Pennsylvania endorsements, which began to stack up more quickly after his Super Tuesday victory.

On Twitter, some Pennsylvanians expressed the usual pleas for party unity while others insisted on their Sanders loyalty.

“I’ve been really, really critical of @BernieSanders,” tweeted State Rep. Mike Schlossberg, representing Allentown and South Whitehall. “Today must be an exceptionally difficult day for him, his family, his staff and volunteers. They all deserve credit for an amazing race run, and for doing the right thing that is in our national interest. Thank you, Senator.”

Winifred Wong, a founder of “People for Bernie” sent a tweet after the Wednesday announcement, saying, “Bernie will stay on the ballot and I am asking all of you to vote by mail for him.”

Arielle Cohen, who identifies herself on Twitter as a Philadelphia resident, replied to Wong, “Proud to be a loyal pledged delegate for Bernie Sanders in Pennsylvania. The struggle continues.”

As with the 2016 election, Pennsylvania will be one of a small handful of swing states that will decide the outcome. So with Sanders’ exit the question now becomes how it affects the Keystone State’s voting not just at the presidential level, but down-ballot as well.

Polling averages from RealClearPolitics.com show Biden leading Trump by 3.8 points head-to-head in Pennsylvania, and Sanders with a 2.8 edge. However, all of the polling used in those averages concluded in the first week of March — before the coronavirus has forced a reordering of American life including thousands of lost jobs in Pennsylvania during a market tailspin.

After the Super Tuesday vote in early March gave Biden heavy momentum, Sanders stayed in the race in an attempt — assuming he could no longer win the nomination — to pull Biden further left.

It appeared to work — with a Pennsylvania twist.

In a March 15 televised debate, Biden made a “no new fracking” pledge, which Pennsylvania Republicans were quick to highlight given the robust natural gas industry in the state.

Charlie Gerow, a Republican analyst in Harrisburg, says even though Sanders has dropped out, Biden will continue struggle against his influence.

“In Pennsylvania, Biden’s war on coal, oil and gas, including his call for a ban on fracking, will hurt him badly, especially in western Pennsylvania,” Gerow told Delaware Valley Journal. “If you have any doubts about that, just ask Hillary Clinton.”

Jeff Brauer, political science professor at Keystone College thinks Biden has an opportunity to move to the center, and to win back the state’s blue-collar voters who helped Trump win in 2016.

“The more moderate version of Joe Biden made a long successful political career out of being able to relate to and empathize with working class voters,” Brauer said. “He has a real chance to compete with Trump, as long as he doesn’t incorporate too much of the far-left Sanders/Warren agenda. However, Biden’s leftward lunges in the primary are still out there and are political fodder for the Trump campaign to use against him.”

Brauer says the biggest problem for Biden remains not being able to campaign because of the pandemic. He also said the biggest upside for Biden is now President Obama and Michelle Obama are free to endorse Barack’s former VP.

Republicans aren’t taking anything for granted. The “Trump Victory” campaign in Pennsylvania, meanwhile, has boasted that it quickly pivoted to an all-digital campaign on March 12 and has more than 60 staffers in the state.