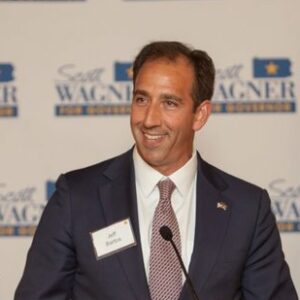 On Saturday, Bartos won the Northeast Central Caucus Straw poll for the Senate nomination, as well as the Northeast Caucus which took place the same day.

The straw polls are a process where Republican Party leaders and activists vote on their preferred candidates, among those who have thrown their hat in the ring for the 2022 races. This year the ballot will be topped by contests for governor, U.S. Senator and lieutenant governor.

“I am blown away to have received such tremendous support in the Northeast and NECRA caucuses. GOP grassroots leaders know that no other candidate knows this state, loves this state, or is as prepared to serve this state as I am,” Bartos said in a statement.

Bartos was the favorite of the Northeast Central Caucus including Lehigh, Northampton, Carbon, and Schuylkill counties, as well as the Northeast Caucus for Bradford, Lackawanna, Luzerne, Monroe, Pike, Susquehanna, Tioga, Wayne and Wyoming counties’ party leaders.

“We were very happy with the results,” said Gerow, about Saturday’s second-place outcome in the ranked vote. “And continue to press our campaign with the people.”

While the caucus results are encouraging, the primary will determine whose name is on the fall ballot, he said.

White, on Facebook, thanked members of the NECRC for their support, saying, “We have the momentum to win in May and November.”

“Winning the plurality vote for the Northeast Caucus is very humbling,” said Schillinger via a text message. “I will continue to travel the Commonwealth and promise to take the concerns we ALL share to the steps of the Capitol.”

Three more caucuses are scheduled, two for Jan. Jan and one for Feb. 2.