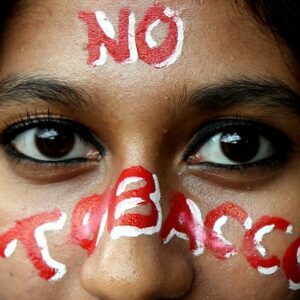 Monday, May 31 is the World Health Organization’s “World No Tobacco Day” and just like most years quitting is easier said than done. But according to health experts during a recent roundtable, public health organizations are making it harder by opposing the use of alternatives like vaping and e-cigarettes.

“We need to focus more on the root cause of the problem, which is nicotine addiction to a deadly, addictive product,” said Dr. K. Michael Cummings of the Hollings Cancer Center. “We also need to keep an open mind on alternative nicotine products.”

Jeannie Cox of Chattanooga, Tenn. is someone who kept an open mind, despite being in her 70s. The retired secretary and lifelong smoker switched to vaping in August 2013 and never looked back. She recalled attending her first “vape meet,” showing up in her “Hawaiian shirt and Dockers with all these young people in t-shirts and tattoos.”

Cox has since urged smokers in her family to make the switch.

“I was able to give my youngest daughter some vaping gear and some vaping e-liquids and she stopped,” said Cox. “I even had my husband make me a vape juice cabinet.”

Not every traditional cigarette smoker has been able to do the same. That is why Dr. Cummings suggests the nation lower the amount of nicotine in cigarettes in addition to making and promoting alternatives.

“Just like heroin addicts benefit by getting access to methadone or other substances that allow them to live a normal life, nicotine addicts could benefit from having access to lower-risk, nicotine-containing products.”

“Cigarettes are the only legal consumer product that, when used as intended, will kill half of all long-term users,” said Gottlieb in a 2018 statement. “Tobacco use also costs nearly $300 billion a year in direct health care and lost productivity.”

To some Americans, now may not be the best time for the government to address this situation. COVID-19 remains a big area of concern, as cases are still being reported, and people are still reportedly dying from COVID. However, Harvard professor Dr. Daniel Wikler told the roundtable tobacco deaths are just as big a concern as COVID in terms of the number of people killed.

“It’s even comparable in terms of the ages of people who die,” he said.

Wikler – whose research interests are ethical issues in population and international health – speaks from personal experience.

“I was a smoker too,” said Wikler. “The only way I got off cigarettes was I almost died from it.”

Wikler was in a hospital for three weeks being treated for pneumonia. “It’s hard to give up,” said Wikler. “Anybody who has been a lifelong smoker knows what it’s like.”

As a result, Wikler is frustrated that more public health effort isn’t being used to encourage smokers to switch, rather than on the simple–and ineffective– message of prohibition.

“In England, public health authorities have been impressed by the evidence that electronic cigarettes offer and they’ve advised doctors to encourage patients that smoke to switch to e-cigarettes,” Wikler said. “Too many American doctors think e-cigarettes are just as dangerous as smoking cigarettes, and that’s a shame because some version of an e-cig or alternative device that does not involve smoking should be seen as a public health tool.”

Cummings agrees that getting smokers to put down cigarettes is a tremendous challenge.

“I ran the New York-state smokers quit line,” added Dr. Cummings. “Having been at this 40 years trying to help smokers get off cigarettes, we don’t care how they do it, as long as they get off of the cigarettes because a third of all cancer deaths today are due to smoking.”

That is just cancer deaths. “Just flip a coin — smokers have a one in two chance of premature death,” Cummings added.

Which is why there is frustration with the opposition to smoking alternatives from some in the anti-tobacco and public health sectors. Wikler and Cummings estimated the health risks from vaping and heat-not-burn products are 90 to 95 percent lower than traditional cigarettes.

“This is an underdeveloped, but urgent public health avenue that we in America, for some reason, are not pursuing, as opposed to following the example of our English colleagues,” Wikler said.

“This World No Tobacco Day is a good day, and focusing on smoking cessation is a good idea, but we have a long way to go,” said Cummings. “We have a billion smokers around the world and smoking is the leading preventable cause of disease and death in the world.”