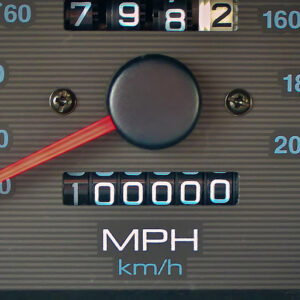 Are Delaware Valley Commuters Ready for a Mileage Tax?

How many miles have you driven lately? For motorists in Pennsylvania, how they answer that question may determine what they pay for infrastructure upkeep. Political appointees in the Keystone State are trying to determine how to pay for future infrastructure projects, and a vehicle miles traveled tax (VMT) is on the table.

Gov. Tom Wolf (D) recently proposed a phase-out of Pennsylvania’s 53-cents-per gallon gasoline tax. While it is the second-highest tax rate in the nation, gas tax revenue in Pennsylvania has been on the decline due to more fuel-efficient vehicles as well as hybrid and electric models on roadways. Similar problems with revenue are occurring in other states, but Wolf says Pennsylvania has more than $9 billion in annual unmet needs across the state’s maintained transportation system.

“At the same time, Pennsylvania is relying too much on outdated, unreliable funding methods, and the federal government has not taken meaningful action in decades,” Wolf told reporters in March.

Members of Pennsylvania’s bipartisan Transportation Revenue Options Commission (T-ROC), which includes people from the business and transportation sectors in addition to politicians, have until August 1 to produce a report with recommendations. One idea involves a vehicle miles traveled tax (VMT).

As outlined by PennLive.com, billions of dollars could be generated through a mileage-based user fee that charges 3.16 cents per mile, which was said to be the equivalent of the current gas tax.

To get an idea of how a VMT works, we reached out to Ulrik Boesen, senior policy analyst at the Center for State Tax Policy at the Tax Foundation in Washington, D.C. who has studied the issue.

“You can do that calculation by odometer readings or GPS tracking to understand where the driver is at the time of driving,” said Boesen.

If you think a VMT sounds invasive, you are not alone.

“You have privacy concerns (with a VMT),” Boesen said. “Do you want to share information with tax authorities where you were that day or where your vehicle was that day?”

It is a question to which Boesen has yet to receive a good answer.

“So, we need to figure out whether we can track vehicle miles in a way that is safe and that has a lot of privacy protection,” Boesen continued. “Maybe it’s a third-party that gathers this data so that the government is not involved.”

At this time, Pennsylvania is on the E-ZPass electronic toll collection network. This means vehicles equipped with an electronic “tag” transmit information to transportation departments and or other agencies overseeing roads and highways.

“A lot of people are happy to have an E-ZPass in their car,” Boesen said. “So, something E-ZPass may be one option, but the solution is not there yet.”

Boesen is not totally opposed to VMTs. He says something needs to be done in the long-term, seeing as how fuel mileage standards are not going to be lowered. Plus, the use of alternative vehicles is expected to increase in the coming years.

“There’s also the option of doing a VMT with commercial traffic,” offers Boesen. “Basically, the way we tax commercial traffic today, we already track them, so that may be an option to get this program built, to let governments build some understanding and knowledge of how to run it so we may eventually have a VMT system for all vehicles.”

Other states considering or studying VMTs including Oregon and Utah, “so, we will have more data and more understanding of how this could possibly be done,” he added.

Despite the obvious risks to privacy from a tax system based on monitoring the movements of individual citizens, the ACLU of Pennsylvania declined to respond to requests for comment from Delaware Valley Journal. As for the Pennsylvania Department of Transportation, Secretary Yassmin Graham has offered to work together with T-ROC, while at the same time making it clear that whatever T-ROC recommends is T-ROC’s plan.

Other ideas for raising infrastructure funding, include doubling the state’s vehicle registration fee, an electric car fee, and a statewide tolling of interstates.