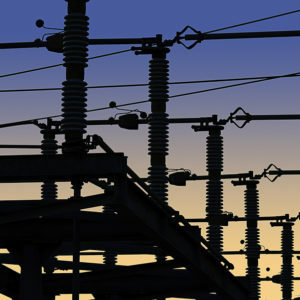 YAW:  What Critics Get Wrong About Energy Choice

In October, six Democrats, including two from the southeast corner of the state, joined all 28 Republicans and our chamber’s lone independent to approve Senate Bill 275. That’s a veto-proof majority, for those counting.

Why? Because the bill’s purpose is simple. It prevents Pennsylvania’s 2,500-plus municipalities from banning access to certain utilities, like natural gas or heating oil. That will preserve consumer access to affordable electricity, no matter where they live, and prevent a chaotic patchwork of regulations that ultimately undermine statewide environmental and energy policies.

It also reaffirms what many local and statewide officials, including the Pennsylvania Public Utility Commission, already understand to be true: municipalities do not have the authority to restrict energy sources.

What the bill does not do is prevent the Philadelphia City Council from pursuing its goal to retrofit all publicly owned buildings to reduce emissions 50 percent over the next decade. It’s not just about ripping out gas lines and oil tanks and installing heat pumps instead. Reducing electricity usage – through upgraded windows, roofs, and insulation – is also a crucial piece of the puzzle.

The aforementioned environmental groups said SB 275 will eliminate any hope of Philadelphia reaching carbon neutrality by 2050. Which begs the question, if the only way to achieve decarbonization is by indiscriminatingly banning utilities deemed “dirty” and “bad,” is that even a good plan? Isn’t there an old adage forewarning the danger of putting all your eggs in one basket?

Banning specific fuel sources in pursuit of “clean energy” makes zero sense in Philadelphia and beyond. First, clean energy is a misnomer. There’s simply no such thing. Even if we shuttered every coal and gas plant across the world tomorrow and began a frantic campaign to install wind and solar farms in their place, we’d need to cover about 1.8 million square kilometers of land and coastline to replace the lost capacity.

And we would need fossil fuels to produce all of those solar panels and wind turbines. Just like we need oil and gas to create and distribute nearly every product we use every single day, from the medications we take to the clothes we wear to the packaging we use to preserve our food. To assume that banning fossil fuels will only impact emissions and electricity prices is to ignore the intricate web that is our economy.

Besides, the city doesn’t exist in a vacuum. It’s connected to a vast, 13-state power grid called PJM, that manages the safe and reliable flow of electricity for 65 million people from Chicago to Washington D.C. and many places in between.

PJM’s operators ensure that its network of transmission lines and generation facilities work in tandem every minute of the day, preventing system overloads that could trigger massive utility failures and inflict untold suffering on millions in its territory. So, if electricity demand spikes in Philadelphia, but environmental policies have forced fossil-fuel plants into nonexistence, there are fewer reliable energy sources to shoulder the burden.

A similar story unfolded in Texas in February when an unprecedented winter storm froze generators and rendered solar and wind farms useless, leaving as many as 4 million Texans without power or water. More than 200 people died amid the chaos. The Electric Reliability Council of Texas, the state’s grid operator, promised to winterize its system to harden it against future storms, but the damage was done. The rest of the nation should take note: a diversified and robust grid is key to preventing systemwide catastrophes.

Which brings me back to the idea of banning access to fossil fuels. If we are willing to sacrifice our food, clothing, shelter, and transportation, doing so might eliminate some carbon emissions in the United States. Globally, U.S. emissions equal about half of what China produces on an annual basis, according to 2018 figures. The annual combined emissions from the other three top polluting nations – India, Russia, and Japan – would likewise take our place.

Then there are the emissions from sources we can’t always control: Volcanic eruptions, livestock, forest fires. Or the damage caused by human activity like deforestation and degenerative agriculture. Even if the United States found a solution to every single unsustainable practice that critics say contributes to climate change, the rest of the world’s leading nations aren’t following suit.

So, what do these groups really want from the city? They want officials to take a sledgehammer to our carefully planned and managed power grid, collapse our economy, and leave Pennsylvanians with higher electric bills, fewer jobs, and unreliable utilities. All for the sake of reducing carbon emissions that will be offset by the rest of the world in perpetuity.

Protecting energy choices for consumers means that residents can pursue “cleaner” electricity sources if they want to or can afford to, while not punishing those who don’t have the option. SB 275 isn’t about protecting special interests – what does a senator from Williamsport owe to Philadelphia’s gas utility?

What I do care about is promoting a sound energy policy that doesn’t leave others behind for the constant pursuit of ideological purity, no matter how impractical or impossible or harmful it is for the very people such policies purport to help.

Senator Gene Yaw was elected to represent the 23rd Senatorial District consisting of Bradford, Lycoming, Sullivan, Union Counties and a portion of Susquehanna County. He serves as Chairman of the Senate Environmental Resources and Energy Committee.