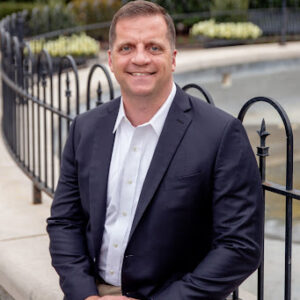 Wounding Warriors: Reevaluating What We Owe Our Veterans

The Veterans Affairs(VA)  department offers various services and resources to ease the transition from military life back to civilian life. But are veterans encouraged to game the system?

Retired Lt. Col. Daniel Gade told Delaware Valley Journal something needs to change. With his book, “Wounding Warriors: How Bad Policy is Making Veterans Sicker and Poorer,” he says that he hopes to improve the lives of veterans by reevaluating policies that he believes are hurting them.

“[The book] uses the stories of a bunch of different veterans, or several different key veterans, to illustrate a system that is literally making veterans worse off,” Gade said.

“They were saying, ‘Hey, claim everything,’ ‘Write down what it’s like on your worst day, and not what it’s like on your best day,’ and what that does is contributes to a vision of veteran status which is fundamentally negative. It forces people to embrace their sickest selves. The problem with that is it is a betrayal of what our society owes veterans,” he said.

The system that he refers to is the VA disability compensation system, which is the main focus of the book.

“Our goal should be to really have systems that help veterans thrive,” Gade said, “so that they never do see themselves as disabled. So we can not apply that word to everybody. Fundamentally, the word ‘disability’ is a negative word. You know, it has ‘dis’ in it. So, what do we owe our veterans? We owe our veterans a system that helps them thrive in the community after they leave the service. And we know our systems aren’t working right now. The suicide rate is either going up or staying flat. Even though we’ve thrown billions of dollars at it.”

Gade said that part of the reason for the suicide rate among veterans is the VA compensation benefits that discourage work.

“We’re literally paying veterans to exit the labor market,” he said. “And we know that work has a powerful, positive effect in preventing suicide, whereas, people who are sitting at home are at higher risk of suicide. So, I think it’s incumbent on the veteran community to tell the truth about how these negative systems are trapping veterans in lives of dependency.”

“The question the book addresses and that we ought to be thinking about when we’re thinking about veterans and Veterans Day is what does our country owe veterans after they leave? Or during their transition out? I think the answer is a transition in which they are reskilled, transitioned, and upskilled in a way that returns them to society as productive plows. So, you should heat the sword up, shape it back into a plow, and put it back into civilian purposes. The problem is that the system doesn’t do that right now.”

“We ought to make employment the number one goal,” Gade said. “Disability benefits could even be bigger for people who are truly, permanently, and totally disabled by their service. But we should stop pretending like every little life condition is a disability. And particularly for conditions that are easily feigned. We ought to be very careful about assigning disability benefits to things that are easily feigned.

“Instead, what we should be focused on is treatment,” he said. “So, with Post-Traumatic Stress (PTS) and depression and things like that, these are treatable conditions. In the book, we talk with psychologists and psychiatrists and they’re all saying, ‘Yeah we can treat this stuff, but the system is trapping people in viewing themselves as their worst selves because they’re afraid of losing their benefits.’”

Some believe the fear of losing benefits could lead to more veterans lying about their condition.

“So for example, in the book we talk about this, there was one veteran who was coached to make sure that when he went into the VA compensation and pension examination that he crapped his pants,” he said. Other advice included being dirty, unkempt, and appearing unhinged. That way, “You could be compensated for life. So, the system is ripe for abuse.”

Wounding Warriors offers a few solutions for improvements to the compensation program.