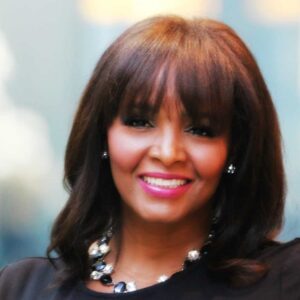 Would Barnette’s Pro-Life Views Help or Hurt Her in November?

With Kathy Barnette now in second place in two recent polls of Pennsylvania Republican voters for the U.S. Senate race, would her strict, no exceptions stand on abortion be a hindrance in the general election?

Both Dr. Mehmet Oz, who is in the lead, and Dave McCormick, the hedge fund CEO who is in third place, are also pro-life but would make an exception for the life of the mother.

And at the other end of the spectrum, Lt. Gov. John Fetterman, who is the likely Democratic nominee, wants to guarantee a woman’s right to choose all the way through the ninth month of pregnancy. Indeed, Fetterman has called the right to an abortion “sacred” and would do away with the Senate filibuster to pass a pro-abortion law.

“Let’s be clear: The right to an abortion is sacred,” Fetterman tweeted. “Democrats have to act quickly – get rid of the filibuster to pass the Women’s Health Protection Act + finally codify Roe into law. We cannot afford to wait.”

Abortion has dominated the headlines lately because of a leaked draft of a pending U.S. Supreme Court decision that would likely overturn Roe v. Wade, the 1973 ruling that found women had a right to an abortion. If the high court does reverse Roe, it would throw the issue back to the state legislatures to decide.

“As with so much in elections, the winner will be the one who mobilizes best over the next week. This is generally a lot harder in midterm years,” said Kolodny.

“However, since she has been campaigning with (gubernatorial candidate) Doug Mastriano and his lead is much more commanding, that could help her,” said Kolodny. “I don’t think her stance on abortion is going to be that much different from the Republican nominee’s position, so I don’t think this would be a particular concern in the fall campaign should she get the nomination. Whatever candidate gets the nomination should expect everything in their record to be fair game. We know less about Barnette than the other two front runners, so who knows?”

“If Barnette was to win the nomination her position on abortion would be a drag on her chances,” said Christopher Borick, professor of political science and director of Muhlenberg College’s Institute of Public Opinion. “In terms of public opinion, her abortion stance is not shared by a large majority of voters in Pennsylvania. The issue could tip a portion of swing voters away from her, and bring some Democratic-leaning voters to the polls who otherwise may not be energized in this cycle.”

Barnette’s life story is the basis of her pro-life beliefs.

Her mother was 11 years old when she was raped leading to Barnette’s birth.

“I’m the byproduct of rape,” Barnette tweeted. “My mother was 11 when I was conceived. In the world the left desires, I would never have been born. We need leaders with a steady hand to direct our nation through these difficult discussions.”

And this, Pennsylvania political insiders tell DVJournal, is the wildcard. “How does Fetterman attack her on abortion when she has a personal story like that,” one political operative who declined to speak on the record said. “She’s a Black woman who has the abortion issue as part of her biography. Fetterman’s a big, bald White guy who’s already got an issue with Black voters. How does he handle this in a debate without looking bad?”

In 2013, Fetterman chased a Black jogger and pulled a shotgun, mistakenly believing the man had been involved in a shooting.

Tom Stevens, president of the Pro-Life Union of Greater Philadelphia, also believes her views will help Barnette in the general election.

“It will help, rather than hurt Kathy Barnette in the general election,” Stevens said.  “Most of Pennsylvania does not believe that abortion is ‘sacred,’ although many think abortion should be limited but legal.   Kathy is a strong candidate, and as people vote on the other issues, her platform will carry her.”
Kathy’s own story of having a mom who was raped and despite it kept her pregnancy and gave birth to Kathy is a testament to the power of pro life conviction in the face of extremely difficult circumstances.  Kathy has said that if she had been aborted, her own children would not have been born, and all her achievements would not have been reached.

Barnette, an author and Fox News commentator, has talked extensively about her life from a childhood of poverty, serving 10 years in the Army Reserve, completing college, and then working in finance.

A Huntingdon Valley resident, she is married with two children. In 2020, Barnette ran for Congress against incumbent Rep. Madeleine Dean (D-Montgomery).