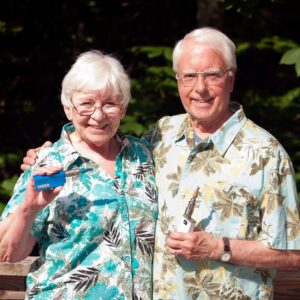 World No Tobacco Day: Can E-Cigarettes Help You Quit for Good?

Posted to Education May 28, 2021 by Annalisa Vivona

The World Health Organization has declared May 31 World No Tobacco Day to highlight the dangers of tobacco use. According to the WHO, smoking can kill up to half its users and kills more than 8 million people a year.

Dr. K. Michael Cummings from the Hollings Cancer Center at the Medical University of South Carolina sat down with Delaware Valley Journal for a World No Tobacco Day roundtable to discuss the risks of smoking.

“World No Tobacco Day focused on smoking cessation is a good idea, but we have a long way to go,” Cummings said.

According to Cummings, there are still more than a billion smokers worldwide, with 34 million in the United States alone. Each of them is at risk of dying prematurely, and not just from lung disease or cancer. Tobacco can also affect the heart and cause severe cardiovascular disease as well.

In Pennsylvania, there are about 1.8 million adult smokers, more than 17 percent of the population. And, the Campaign for Tobacco-Free Kids reports, smoking is responsible for nearly 30 percent of the state’s cancer deaths.

The debate, Cummings said, remains over what to do about it.

Long-time smoker Jeannie Cox, who also participated in the roundtable, found her solution. She grew up in post-World War II America where it seemed everyone was smoking. “Both sides of my family were military. Everybody smoked. The government handed out cigarettes to the military. Doctors smoked. Teachers smoked. You could smoke anywhere,” Cox said.

In her 70s, Cox discovered vaping and, after more than 50 years of smoking, has given up cigarettes. Though she doesn’t fit the typical e-cigarette demographic (“I was in my Hawaiian shirt and Dockers, surrounded by young people in black t-shirts and tattoos,” she said as she recalled her first visit to a vape shop), this is a shift health professionals are hoping for.

“Too many American doctors think that e-cigs are just as dangerous as regular cigarettes and they would never recommend them to their patients, even though they have a one in two chance of dying from their smoking habit,” said roundtable participant Dr. Daniel Wikler of Harvard University. “That’s a shame. It’s gross misinformation and a failure to really look at what the studies show us.”

Cummings concurred. “Nicotine is not deadly, but it is addictive. And it’s the nicotine that keeps people smoking deadly cigarettes.”

“They were great for taking away the urge to light up,” she said. “I took a few drags every time I felt like having a cigarette. Little by little, I reached for it less and less. Eventually, I didn’t even think about it for a whole day. That’s when I knew I beat it. I went through maybe one e-cigarette a week for about four weeks.”

Long-time vaper Rob Bobko  of Bridgeton, N.J., pointed out that “vaping allows people to control the level of nicotine they get from it.” This is because of the varying percentages of the chemical available in the juice used in e-cigarettes. You can purchase juices with as low as zero percent nicotine.

While some might feel that the global tobacco crisis isn’t as important as the COVID-19 pandemic, Wikler put things into a different perspective. The pandemic has brought tragic losses across the globe. However, Wikler noted, deaths from smoking are comparable to death rates from COVID-19.

“We have a ‘COVID’ every year from cigarettes,” Wikler said. “It’s just happening in the background.