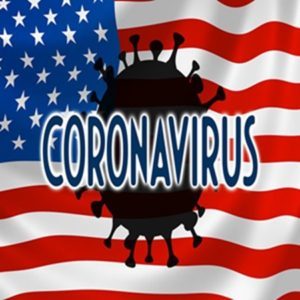 Will States with the Largest COVID-19 Outbreaks Be Able to Function in the New Normal?

Since the coronavirus pandemic began pounding the U.S. three months ago, more than 33 million Americans have filed for initial unemployment benefits — an unprecedented number, according to economic experts.

A vast majority of jobs lost were in industries critical to the everyday U.S. economy — such as aviation, hospitality, restaurants and bars, and big retail.

24/7 Wall St., a financial website, created an index of the pandemic’s ongoing impact on each state’s economy. The index is based on the number of COVID-19 cases per 10,000 residents; the share of employment lost in industries deemed high risk by Moody’s Analytics; new unemployment claims since mid-March; and projected unemployment rates by state for July 2020 from the Economic Policy Institute, a nonpartisan, nonprofit think tank.

According to 24/7 Wall St., the states that rank as the hardest hit are Nevada, Hawaii and Louisiana. The data analysts at Wallethub rank the worst-hit states as Georgia, New Hampshire and Kentucky, with Louisiana in fourth place.

“The economic crisis caused by the coronavirus pandemic presents unprecedented challenges for American employers who are working hard to protect their employees and customers as they navigate a safe and sustainable return to business,” said Neil Bradley, executive vice president and chief policy officer of the U.S. Chamber of Commerce. “It is absolutely critical for employers to have uniform guidelines that can be practically implemented as they move to reopen.”

The question on everybody’s mind is whether it’s a good idea to reopen states to reduce the unemployment rate?

“It is only a good idea to reopen a state in an effort to reduce the unemployment rate if the state is clearly well past the peak in new coronavirus cases and has a detailed plan for reopening safely,” said Jill Gonzalez, a WalletHub analyst.

“States should reopen gradually, as recommended by the White House, and they should keep in place guidelines about maintaining distance from other people and wearing masks in public until the crisis has fully abated,” she said. “While jobs suffer when states remain closed, it’s better to provide additional financial support to unemployed people than to open and then have to close again.”

And there is no guarantee the jobs lost due to the coronavirus will be there for employees now that most states are in various stages of reopening and Americans must confront the new normal.

So the question remains: How many businesses will recover after being closed for months and which states will see their industries recover — as some 47 states have made the decisions to reopen to some extent?

Kenneth Kim, senior economist with KMPG US, says the states that have suffered the most during the pandemic are those that “likely instituted more stringent lockdown measures to flatten the curve.”

“For those states most likely to recover, it also depends on the industry mix,” Kim told InsideSources. “If a state has a higher concentration of leisure and hospitality workers, the recovery may be slower relative to other states should COVID-19 continue in waves. For example, Hawaii and Nevada.”

According to an analysis by Moody’s Analytics, these industries include leisure and hospitality, travel services, transportation and warehousing, and oil and gas extraction.

It is unclear how much of an impact reopening states will have on revitalizing local economies.

April’s numbers showed the labor market’s sharp reversal since February, when joblessness was at a half-century low of 3.5 percent and the country notched a record 113 straight months of job creation.

Meanwhile, Oren Klachkin, lead economist with Oxford Economics USA, said he doesn’t “necessarily know if there is going to be a strong correlation between (COVID-19) cases and unemployment,” and he is awaiting new state numbers that are coming out late next week.

“In states such as New York, where the reliance on consumer discretionary spending is relatively less, businesses in those kinds of places can continue to operate somewhat as they were, before COVID hit,” Klachkin told InsideSources. “While at the same time, states with a lower number of cases have been hit probably more severely because consumer discretionary activity is a larger component of economic activity.

“There is a large amount of uncertainty regarding the path of the virus and, therefore, the impact on the economy.”

No Money, No Pay, No Choice: The Ticking Economic Bomb Read More