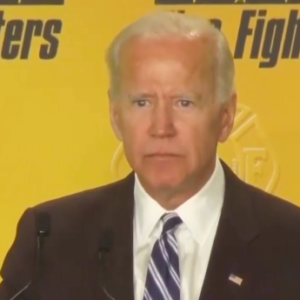 Will Concerns About Biden’s Age Cost DelVal Dems in November?

Polls show Americans of both parties are concerned about President Joe Biden’s ability, at age 79, to handle the responsibilities of the presidency. But will those concerns translate into less support for Democratic candidates in the Delaware Valley this November?

Concerns among voters about the president’s age and health are not new. In a national POLITICO/Morning Consult poll last November, when Biden’s approval ratings were higher than they are now, only 40 percent of voters believed he was in good health, with 46 percent calling him “mentally unfit.”

“President Biden is not awake currently; that’s obvious to anyone with eyes,” said Albert Eisenberg, principal at the political strategy firm BlueStateRed. “And when I talk to Democrats, they say, ‘This guy’s not the guy.’ Obviously, Republicans and independents think that.”

Republicans will likely use that attack against Democrats is make sure voters believe the issue isn’t just Biden and his age and deficits, but rather to paint the whole Democratic party as being responsible for the situation.

“You see swing district and swing-state Democrats outperforming Biden,” Eisenberg said about the current political landscape. “(Biden’s) going to bring these candidates down, but Republicans need to close that gap.”

Jeff Jubelirer, vice president at Bellevue Communications, says he believes those who have doubts about the president’s condition likely already disapprove of the president, meaning they are already motivated to vote for Republicans.

However, Jubelirer added that anything can make a difference in tight races.

“If it’s going to be a 1 to 2 percent race… this issue could be a 1 percent difference,” he said.

In the Pennsylvania U.S. Senate race, Republican Dr. Mehmet Oz is projecting the question of the ability to govern onto his opponent, Lt. Gov. John Fetterman. It comes in the wake of a stroke that felled Fetterman and has kept him off the campaign trail since just before the May 17 primary.

During a recent DVJournal podcast, National Republican Senatorial Committee chair Sen. Rick Scott (R-Fla.) said questions about Fetterman’s health are fair game. “I think voters have a right to know if you’re healthy or not. When people run, they should be very clear about [their] health.”

Oz is running a “basement Fetterman” campaign on social media, questioning if Fetterman has the stamina needed to represent Pennsylvania. Eisenberg said the strategy is a strong one.

“That is a really effective way to connect him to Biden,” he said. “Just putting their face next to Biden isn’t going to work.” By also creating questions about Fetterman’s ability to govern, Oz is making the strategy stronger than just questioning Biden, who, of course, isn’t his opponent.

“I think the strategy is, ‘Will he be there for you, Pennsylvania if he’s not well?’” Jubelirer said. But he added it’s important for Republican candidates to be cautious. “You don’t want to pile on his well-being.”

Eisenberg agreed. He said Oz and other Republicans can’t be perceived as “ganging up” on things Biden and other Democratic candidates cannot control.

At the same time, the silence from Delaware Valley Democrats in defending Biden and his capabilities is hard to miss. DVJournal reached out to the region’s entire Democratic congressional delegation asking if his recent COVID-19 diagnosis created any concerns about his ability to govern. All declined to respond.

In a new CNN poll, 75 percent of Democrats said they wanted someone other than Biden to be their party’s nominee in 2024. The numbers were similar in a recent NYTimes/Siena College poll. Asked why they wanted their party to make a change, about one-third of Democrats cited Biden’s age and mental acuity. It has been a repeated topic of news coverage from liberal news outlets like the Times and CNN, and many Democrats have publicly acknowledged their concerns about Biden’s age.

The White House dismissed the letter as a stunt.

While the president’s age and sometimes embarrassing gaffes aren’t good for Democrats, Jubelirer said voters’ decisions would most likely come down to one simple sentiment.