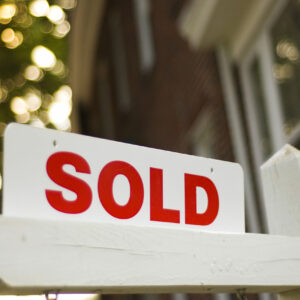 Will a Hot DelVal Housing Market Last in 2022?

A new top-10 list from realtor.com placed Philadelphia in the top three “trendiest, affordable” metro areas in the nation. But with a red-hot housing market, are the suburbs truly affordable?

Across the nation, buyers have been competing fiercely for the supply of available homes. But some believe the hot Delaware Valley housing market may cool off in 2022.

“When [houses] are on the market, we’re getting tons of buyers,” said Tony Guida, real estate agent at Keller Williams Blue Bell & Conshohocken.

“People were still not sure how to live their lives with COVID in our world, and people put off the moving decision,” this year, she said.

That limited supply with such high demand created a situation where prices could surge–a “seller’s market.”

So far buyers, despite the reality of higher prices, have remained persistent. Some 15,245 documents relating to property transfers have already been processed this year at the Chester County Recorder of Deeds office. That’s up nearly 3,000 compared to last year’s total, with still time remaining for documents to be processed at this writing.

McCabe added she believed low interest rates were helping keep the market hot, but also local factors like the stability of the housing market in the area help prop it up too.

“I think Philadelphia as a general region has never seen the extreme highs or extreme lows that you see in some cities,” she said. “So when the market went down in 2011, we did not see the downside as bad as some cities did. When the market is super hot, maybe ours isn’t as crazy. It makes it a very good place to invest in.”

But is the area affordable? That depends.

Guida said it’s all relative to your own budget. “Affordable is kind of whatever works for you.” But from his perspective, Philadelphia is a less pricey area than some others. “I would say Philadelphia is generally affordable when you look at other cities close by. It’s nowhere near New York’s prices.”

And is the hot market being driven by people moving within the area, or are out-of-towners giving the Philadelphia area a try? Both Guida and McCabe said most of the moves in the area have been internal shifting, but McCabe said she saw a spike in new arrivals.

“Maybe they had grown up in this area and their jobs were in New York City, and now they can work anywhere, so they choose to come back to the area they knew and loved,” McCabe said.

Guida added that some of the internal shifts are people in the city moving out to the suburbs because they want more space. But they’re not moving too far away, and there are even many who are moving from further out suburbs to ones closer to the city. “No one wants to be in the city but [rather] close to it.”

After two record years for the area, the question remains whether next year will bring another year of prices substantially above the 2019 market levels. Pielli said some think “you just can’t go so hard and fast for so long,” and to expect a correction next year.

McCabe and Guida both reported seeing some cooling in the housing market, but levels continue to be elevated.

“I still think 2022 is going to be a seller’s market,” McCabe said. But Guida predicted further cooling is coming.

“We’re slowly taking buyers out of the pool so that will ultimately bring down the demand for houses which will bring down [prices],” he said. He added a typical fall in prices around this season occurred this year, which he thinks is a sign all is not only up in this market. “It’s nice to see that’s the trend that is happening even with everything going on.”